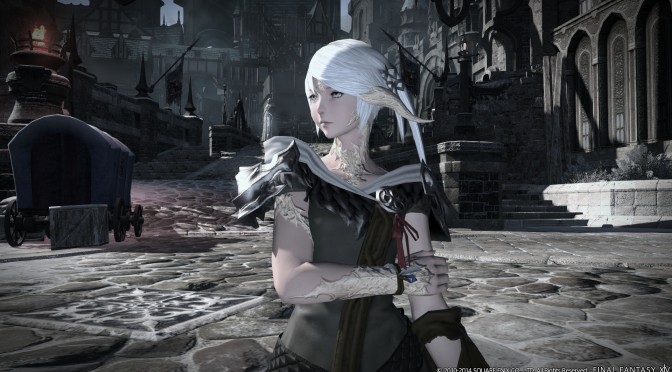 Reveals included the introduction of a new playable race, a high-end raid, and two brand new jobs, as well as information on the Collector’s Edition items, box art and more. Attendees were also treated to a video message from famed composer Nobuo Uematsu where he announced he would be composing the main theme for Heavensward.

Heavensward details shared at the Fan Festival include:

-The introduction of a brand-new playable race, the Au Ra
-New Job: Astrologian (Healer role) Astrologians channel celestial magicks through their star globe in order to heal others and make use of a divining deck to support their fellow party members
-New Job: Machinist (DPS role) Machinists wield firearms to deal damage from afar and employ turret-like weaponry on the battlefield to create further mayhem
-The reveal of the next major raid challenge that awaits adventurers, the mechanical fortress Alexander
-An announcement that Nobuo Uematsu would be composing the Heavensward main theme
-Details regarding the Heavensward Collector’s Edition were also announced. The package will feature:
*A dragon figurine
*An art book
*A disc featuring various videos and trailers
*Digital in-game items exclusive to the Collector’s Edition: a griffin flying mount, a helmet designed after FFIV’s dark knight Cecil, and a wind-up Kain minion

Yoshida also shared further details for FINAL FANTASY XIV: A Realm Reborn Patch 2.5, “Before the Fall,” during the 19th installment of his ‘Letter from the Producer LIVE’ series.

Players were shown videos that featured the three new dungeons (The Keeper of the Lake, Amdapor Keep (Hard), Wanderer’s Palace (Hard)) and the conclusion of the Crystal Tower raid series – the World of Darkness.

During the live stream, Yoshida also shared a sneak peek of the Manderville Gold Saucer planned to be implemented in Patch 2.5 that will feature mini games like Triple Triad and chocobo racing. Sound director Masayoshi Soken also took questions from the community about the music and sound effects that bring Eorzea to life.