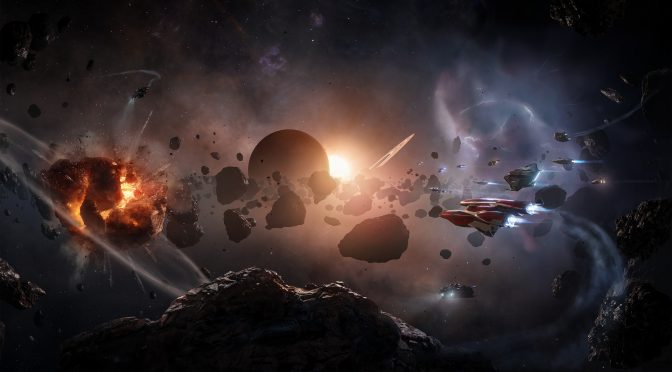 A breakdown of the key additions is below:

Exploration
A new Analysis Mode, with the improved Exploration Discovery Scanner and Detailed Discovery Scanner, is a game-changing new way for all Commanders to explore the galaxy. After an initial scan of the system, players will then be able to tune their scanners to find stellar bodies and other phenomena. Not only is this new system a more realistic, satisfying and engaging exploration experience, but also provides players with the freedom to make more informed decisions on where to look next, and be ultimately better rewarded for time spent exploring. Additionally, Commanders will have probes that can be arced onto planetary surfaces, and planetary rings, to map them in detail, locate points of interest and leave their mark on the galaxy in a new way.

Mining
New mining tools and mechanics provide a fresh, potentially lucrative mining experience for all Elite Dangerous Commanders. Miners can investigate rings to locate the best spots to start their mining sessions and identify mineral deposits within individual asteroids. Then, with the right amount of skill, can coordinate a detonation.

Squadrons
Squadrons is a new in-game way of uniting like-minded Commanders to support factions of their choice, take part in Community Goals together and compete for top spots in weekly leaderboards. Squadrons also feature new communication tools, including in-game chat channels, to coordinate activities across the galaxy.