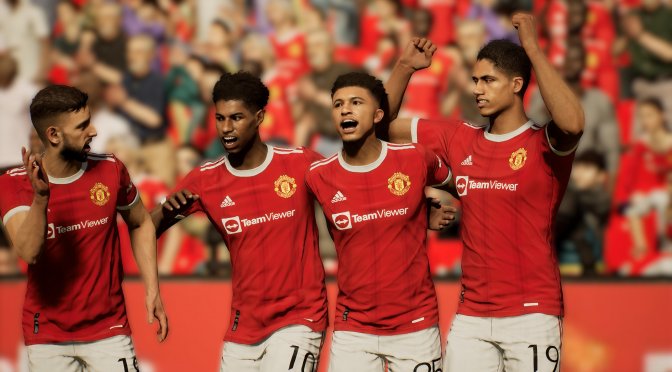 Konami has just launched eFootball 2022 on Steam and in just a few hours, the game has received over 2000 negative reviews on Steam. We usually don’t share such stories but this is an exception as eFootball 2022 is a brand new game that has just been released.

According to Steam, there are currently around 2400 reviews. Among them, only 8% are positive reviews. The game has currently an Overwhelmingly Negative rating, something that reflects how most PES fans feel about the franchise.

eFootball 2022 is a free-to-play soccer game that uses Unreal Engine. According to Konami, this first release is basically a demo release as it lacks a lot of content. It’s also worth noting that the game does not feature any Master League mode. Konami plans to add it as paid DLC in the future.

A lot of the reviews mention some weird character animations and physics. And… well… as I wrote when Konami released its first gameplay trailer.

“Now my biggest gripe with it is that, and similarly to previous versions of both PES and FIFA, the players feel like sliding on ice. Their movements do not appear to be natural and lack weight. This, in my opinion, is a major issue and from the looks of it eFootball does not address it.”

From the looks of it, I was right. So yeah, don’t expect any major gameplay improvements in eFootball 2022. Not only that, but PES fans have waited two whole years for… this. How the mighty has fallen.

But anyway, you can go ahead and try eFootball 2022 as it’s available for free on Steam!