Last month, Konami announced that its Pro Evolution Series will be called eFootball and will be a free-to-play game. And while the company aims to release the game in early Autumn, this release will basically be a demo launch and nothing more.

As Konami stated, it wants to put the game in people’s hands as soon as possible. Thus, and instead of releasing a full game, the company will be offering a demo version of it. 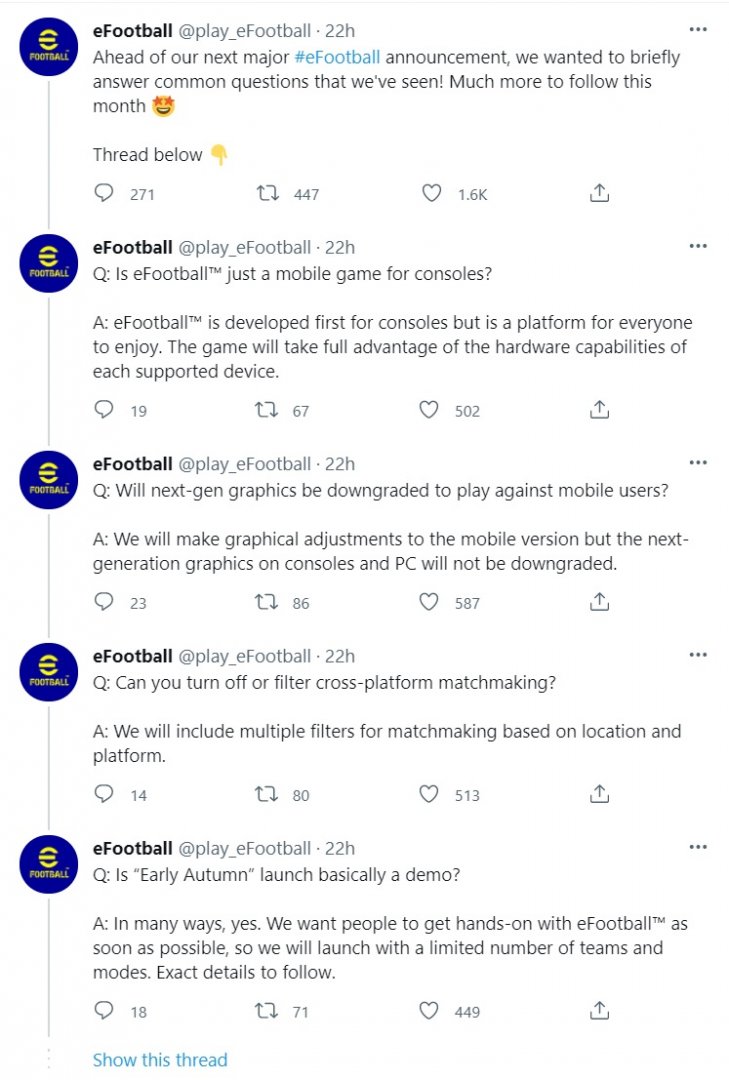 This obviously does not surprise us. After all, eFootball will not feature any Master League mode at launch. Konami plans to add it as paid DLC in the future.

Konami also claims that the PC version will feature next-generation graphics. However, and since this is Konami we’re talking about, we suggest taking this with a grain of salt. After all, the company was previously claiming that only PS5 and Xbox Series S|X would have next-gen visuals.

eFootball will be using Unreal Engine 4 and will release on current-gen and old-gen consoles, as well as PC and mobile devices.