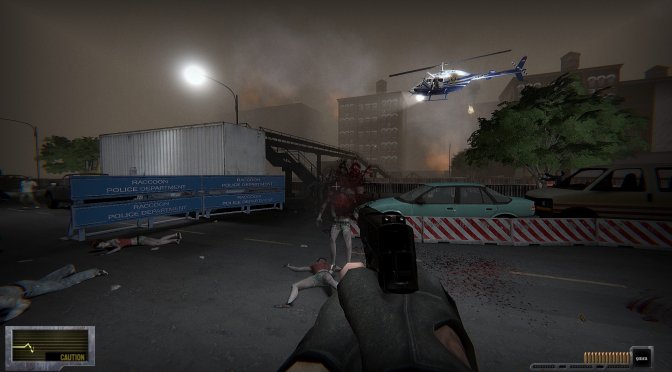 Resident Evil: Cold Blood Rebirth is a complete rebuild of the original game (that never came out). That original version used the GoldSrc engine and had major issues. This new “Rebirth” version aims to address most of them.

According to the team, Resident Evil: Cold Blood Rebirth will have a completely revamped player movement and resource system. Players can manage an inventory , clamber over ledges and solve a multitude of puzzles as they fight to escape the epicenter of the Raccoon City incident.

There is currently no ETA on when this free game will come out. We also don’t know whether Capcom will allow this freeware title to release. After all, this free fan project is heavily inspired by the Resident Evil games.

Now before closing, we should remind you that this is a fan project. Therefore, you should temper your expectations. As you will see from the following trailer, it does not look particularly impressive. And, to be honest, this is to be expected from a fan project.

Enjoy the gameplay trailer and stay tuned for more!