Steam’s registry is a piece of work. Bethesda’s forum member ‘BlackRaven117’ has been searching  SteamDB.info and came across some interesting findings. According to Steam’s registry, Doom 4’s records have been updated a month ago. Not only that, but a Steam Hub and the official Steam group for id Software’s upcoming shooter are currently open to all gamers. 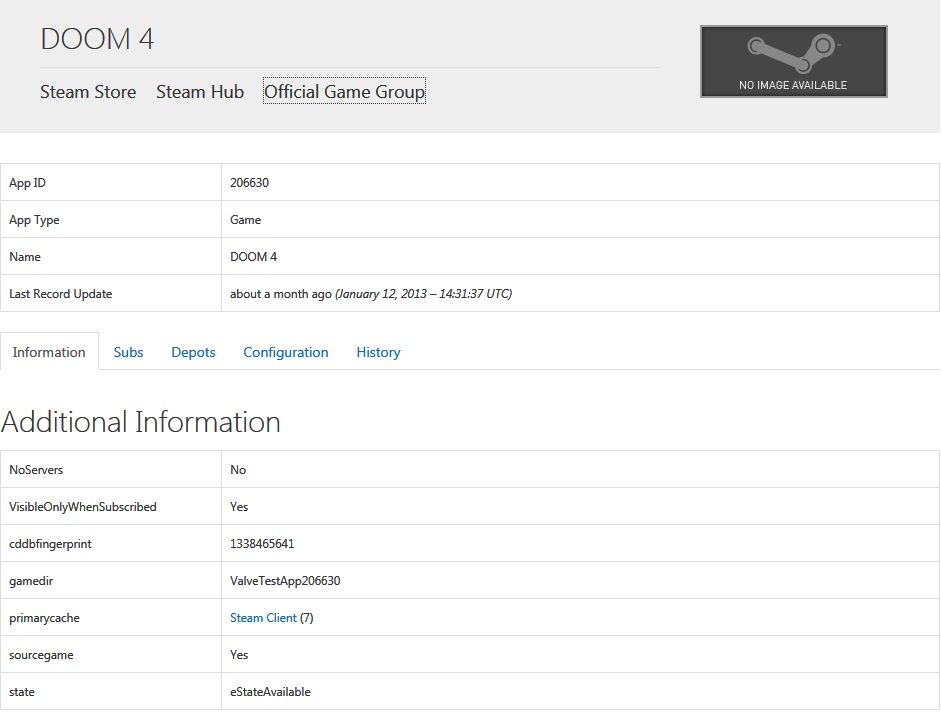 We don’t know yet if Bethesda is gearing up for an announcement, however we are pretty sure that Doom 4 will appear on Valve’s distribution service. Back in September 2012, we informed you about the appearance of Doom 4’s records in Steam.

As we said back then:

“The fact that Doom 4 is present on Steam’s registry, suggests that everything is going well with id Software’s title. Doom 4 and id Studio are also included in “ID Software Beta” subscription, which dates back to August 20, 2012.”

Even though Doom 4 has been removed from the ID Software Beta subscription (or encrypted as there are various ValveTest apps), we can clearly see from the above image that its Steam record has been updated a month ago.

Contrary to other titles that were leaked via Steam’s registry, the official Steam group and the Steam hub for Doom 4 have not been hidden or taken down yet, so you can pay them a visit if you want to.