According to the modder, version 1.1 will feature new HD AI-enhanced textures. Rivarez has used Topaz A.I. Gigapixel / Topaz Sharpen AI neural network in order to upscale the game’s textures. Furthermore, the modder has created some brand new ones.

In order to showcase these new screenshots, Rivarez released the following screenshots. As we can see, these new high quality textures look great, and retain the art style of the game. Thus, these textures will be a must-have for all those that want to replay this horror take on the Doom franchise. 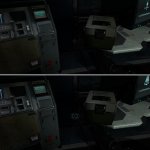 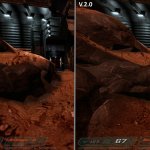 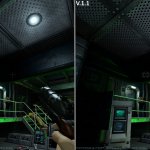 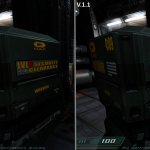 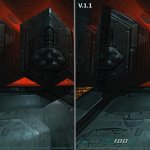 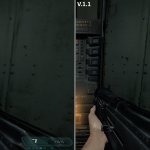 Alongside these new textures, version 1.1 will also pack improvements to Sikkmod and to ambient lighting.

Speaking of Doom 3 and while we’re waiting for these HD textures, you may be interested in some other Doom 3 mods. For instance, CstDoom3 Version 2.0 adds Adjustable FOV and Carmack’s Reverse. On the other hand, Omega DOOM III is a graphical overhaul for Doom 3. Do note, though, that Omega Doom III will not be compatible with Doom 3 & RoE: Rivarez Edition. There is also a third-person mod for Doom 3.