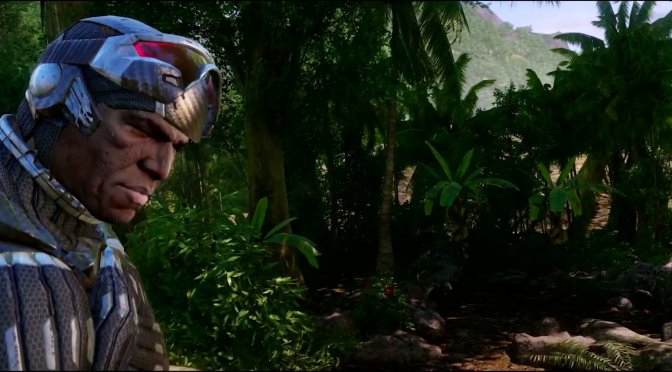 Most of the following screenshots from Crysis Remastered are direct-feed screenshots. The only screenshot that was taken from the leaked gameplay trailer is the final one with Prophet. Thus, these comparisons will give you an idea of the graphical changes that Crytek and Saber Interactive made to this first-person shooter.

The first comparison screenshots come from Resetera’s c0Zm1c and Last_colossi. These members have compared the beach area, in which we see less palm tress in a specific section. Furthermore, the lighting does not appear as natural as in the original/vanilla version. Crysis Remastered in these scenes looks a bit cartoon-ish to be honest. It also reminded more of Far Cry and less of Crysis. The mountain in the background is also less detailed, with less trees.

Crytek has claimed that it has improved the game’s textures, so we’ll have to wait and see. From the looks of it, though, the textures differences will be minimal at best. Not only that, but all the old HD Texture Packs for the original Crysis appear to be better than what Crytek will be offering.

The second comparison comes from Resetera’s Riflen and compares a cut-scene. In this comparison, we can see major artistic differences between Crysis Remastered and Crysis Vanilla. This comparison also showcases some of the new effects that Crytek has added to the remaster. However, some may not like the overly saturated looks of the remaster.

The only good thing I can think of about Crysis Remastered is its better CPU multi-threading support. This is something that will benefit a lot of PC gamers. However, and apart from that, this remaster is questionable and, in some cases, looks worse than the original PC version.

Once the game comes out, we’ll have more accurate comparisons. Until then, though, enjoy these comparison screenshots!