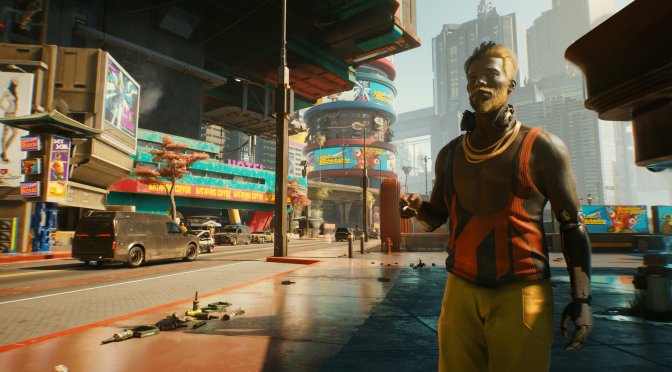 It appears that CDPR has cut the full wall-running feature in Cyberpunk 2077 due to design reasons. According to level designer Max Pears this was a design decision and the parkour feature just didn’t fit the overall gameplay and flow. Wall-running doesn’t always suit a first-person shooter’s gameplay, so CDPR nuked this specific parkour maneuver from Cyberpunk 2077.

“Ah, the wall running! That is something that we removed due to design reasons, but there’s still going to be a lot of flexibility in how you move, that’s for sure,” level designer Max Pears told GameReactor.

So the wall running mechanic which we saw in some of the previous gameplay demos has been removed. Considering the potential for the ability to allow players to perhaps get into some areas they otherwise shouldn’t have been able to, or simply to avoid all sorts of glitching on in-game geometry, the mechanic is probably scrapped for the best. Still, we may see this feature in the game’s post-launch multiplayer mode in future.

My guess is that this was also done due to hardware constraints. Like in most games, developers have access to a limited amount of memory on current-gen consoles. So, in order to provide a similar experience on all platforms, CDPR had to scale the experience accordingly.

Let’s also not forget that shooters, like Titanfall 2, feature relatively small levels in which “forward progress” means everything. In such games, these experimental mechanics could be useful. However, in a larger and more complex open world like that of Cyberpunk 2077, implementing this feature might not be a very good idea.

Cyberpunk 2077 will release on November 19th on the PC. The game will only support DX12 and will only work on Windows 7 and Windows 10. Moreover, it will feature real-time Ray Tracing effects, as well as support for DLSS 2.0.