Although we already know enough about Relic’s upcoming sequel to one of the best strategy games, Company of Heroes, it has been revealed that an official announcement – as well as the first official details about it – will be unveiled this coming Monday, on May 7th. No details have been given via the game’s promo materials though, but we assume that we will also get our first pack of screenshots on Monday.

This promo material includes a New York Times front page from June 22, 1941, and comes with a Russian note, suggesting that mission briefings will begin in May 7th.

Enjoy the promo material and stay tuned for more! 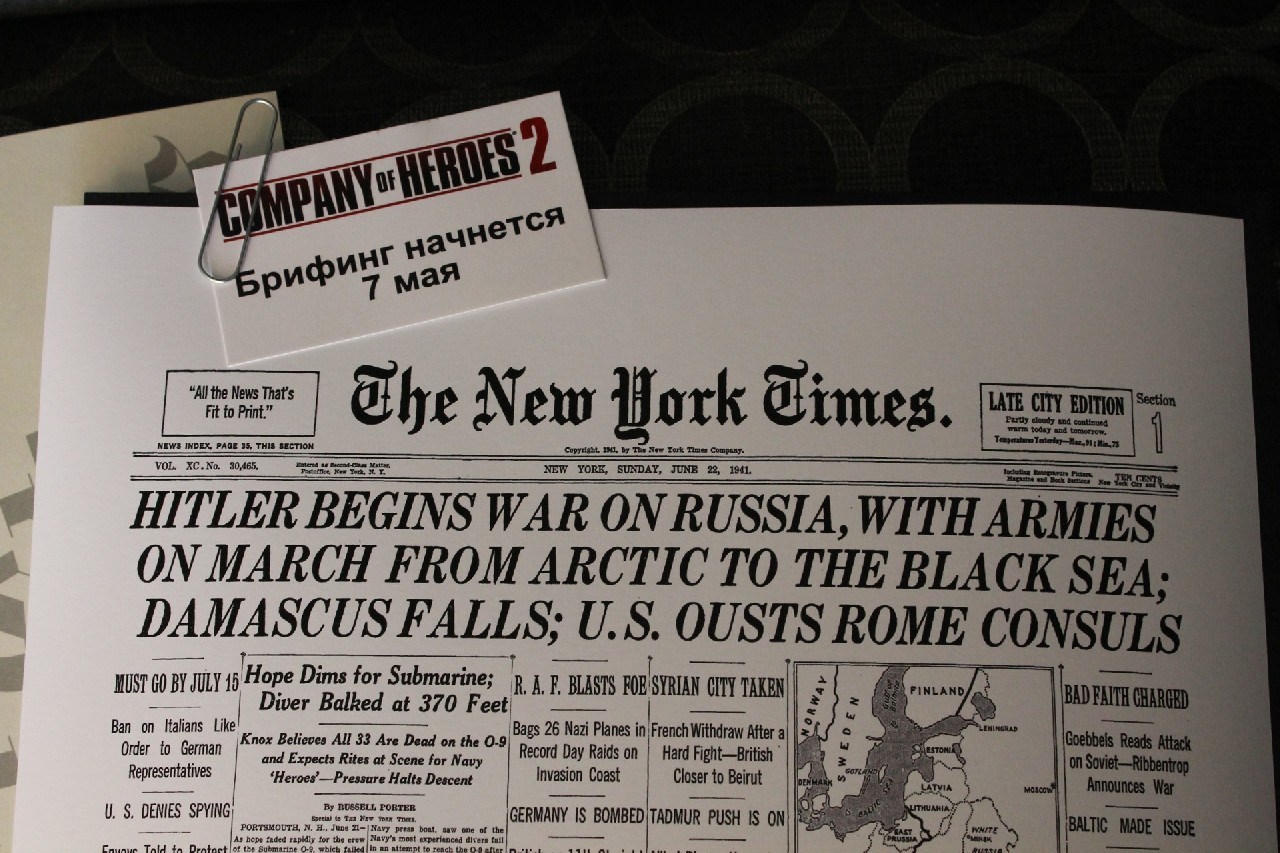