And it has just been revealed. Command & Conquer: Generals 2 is a reality and will be a triple-A PC game. The game will be developed by BioWare and in cased you didn’t catch it, it will be a PC exclusive title as the only available platform – for the time being – is the PC. Given that this is EA though, we might see it on consoles too. However, the game is PC exclusive for now. Interesting, no? Oh, and the game will not support DX9 as we can see from its minimum requirements. Does this mean that it’ll use the Frostbite 2.0 engine? Oh yes it does. BioWare and Frostbite 2.0 in a strategy game. Seriously now, what more could you ask for? The game is currently slated for a 2013 release and we have some screen-grabs from the official release, the first details, system requirements and its teaser trailer after the jump. Enjoy everyone!

And here are the game’s features:

• All-Out War — Take control of three unique factions, competing for resources, building up your base of operation, and leading massive batteries of tanks, soldiers, and aircraft into battle.

• Uncanny Sense of Realism — Frostbite 2 technology allows for visceral, visually stunning conflict at an epic scale. Incredibly detailed units and environments, dynamic physics, and exhilarating visual effects bring the battle to life in ways never before seen. This is the closest thing to real war without the consequences.

• New Ways to Dominate or Ally with Your Friends — Go beyond classic deathmatch with a selection of new multiplayer game modes, designed with both cooperative and competitive play in mind.

• Thrilling Campaign — Command the war on terror in an electrifying single-player campaign. Experience the dramatic story from multiple perspectives — from heroic General to crazed terrorist — while engaging the enemy in pulse-pounding tactical combat.

• Ever-Evolving Experience — Enhance your game with an expanding array of downloadable content. From maps and units to factions, campaigns, and more, the fight against terrorism is deeper than ever. 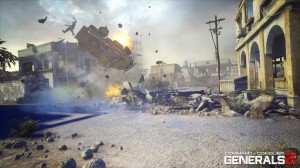 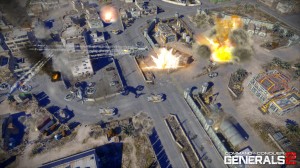