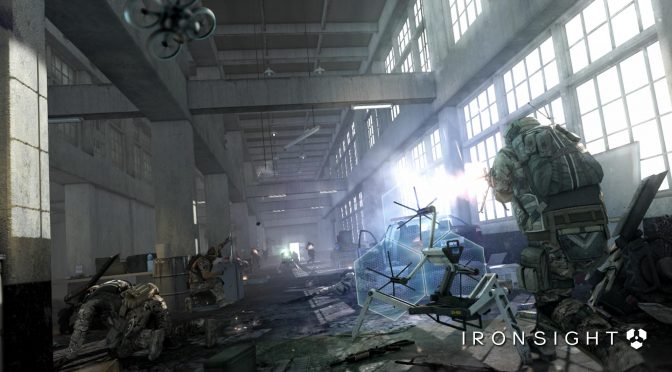 Global publisher gamigo AG announced today that the closed beta for the F2P multiplayer online PC shooter Ironsight has launched. For the first time, Western gamers can enter the war zone of South Korean developer Wiple Games’ intense and realistic next-gen first-person-shooter Ironsight, ahead of its launch in early 2018.

As the press release reads, Ironsight is designed to be a new breed of shooter featuring dynamic online action, intense gameplay and spectacular graphics. Ironsight is set in a dystopia 2025, where warring factions, the North American Atlantic Forces (NAF) and the Energy Development Enterprise Network (EDEN), are engaged in futuristic warfare in a bitter struggle for power and ownership of the last remaining natural resources on earth.

“We a thrilled about the kick-off of the Ironsight Closed Beta. The whole team welcomes the first players, and we can’t wait to receive the long-awaited feedback from this continuously growing community. We are optimistic about Ironsight’s future; it will surely create a furor on the shooter market.”

In Ironsight, attack drones and controllable mechs also play a pivotal role in battles and can help turn the tides of victory. Players can utilize these mechanized war machines to issue direct firepower or provide strategic information on the battlefield, reinforcing tactical team play.