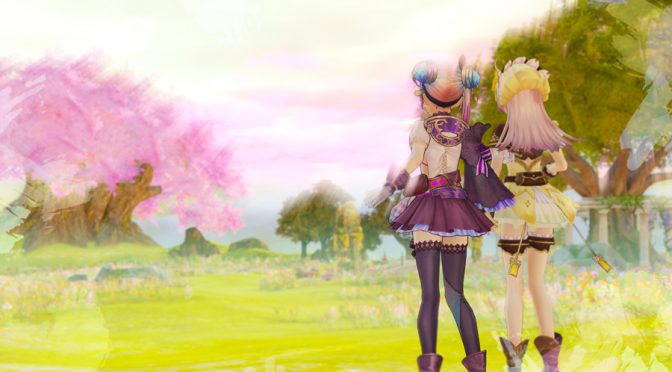 KOEI Tecmo announced today that Atelier Lydie & Suelle: The Alchemists and the Mysterious Paintings will be released on March 27. In order to celebrate this announcement, KOEI Tecmo released some new screenshot that can be found below.

Atelier Lydie & Suelle: The Alchemists and the Mysterious Paintings is described as the most colorful and artistic entry of Gust’s ‘Atelier’ series, and will be the gripping conclusion to the ‘Mysterious’ series following the tale of the apprentice alchemist twins Lydie and Suelle.

This next installment to the loved Atelier franchise celebrates the 20th Anniversary for the franchise and summons players to become the best alchemist ever by following the tale of the apprentice alchemist twins Lydie and Suelle. While working with their father to make their atelier the best in town, the outgoing twins surprisingly discover colorful worlds by jumping into magical paintings and soon find that the mysterious paintings hold the residual thoughts of their deceased mother. Traveling through different paintings reveals vivid worlds for the twins – from the light tones of the ethereal ‘Heavenly Flower Garden’, with the falling rain of stars, to the gloomy hues of the not so delightful Halloween-inspired ‘The Spooky Forest’.

Atelier Lydie & Suelle: The Alchemists and the Mysterious Paintings also includes appearances from the protagonists of the previous titles – Atelier Sophie: The Alchemist of the Mysterious Book and Atelier Firis: The Alchemist and the Mysterious Journey. The adventurous Firis, her protective older sister Liane, the inquisitive Sophie, and her friendly alchemy teacher Plachta are all back to help Lydie and Suelle fulfil their dream to run the best atelier in the country. Fans will also be pleased to see other familiar faces returning in this brand-new tale, such as Ilmeria, who has now taken the role of a teacher for the new alchemists. 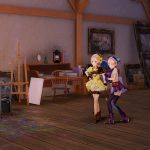 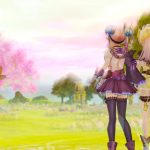 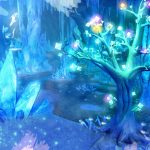 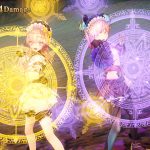 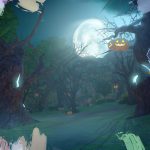 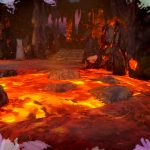