Infinity Ward has launched Season 1 for Call of Duty: Modern Warfare. Season One brings new free content to the game. Furthermore, it packs some improvements and tweaks, as well as bug fixes. 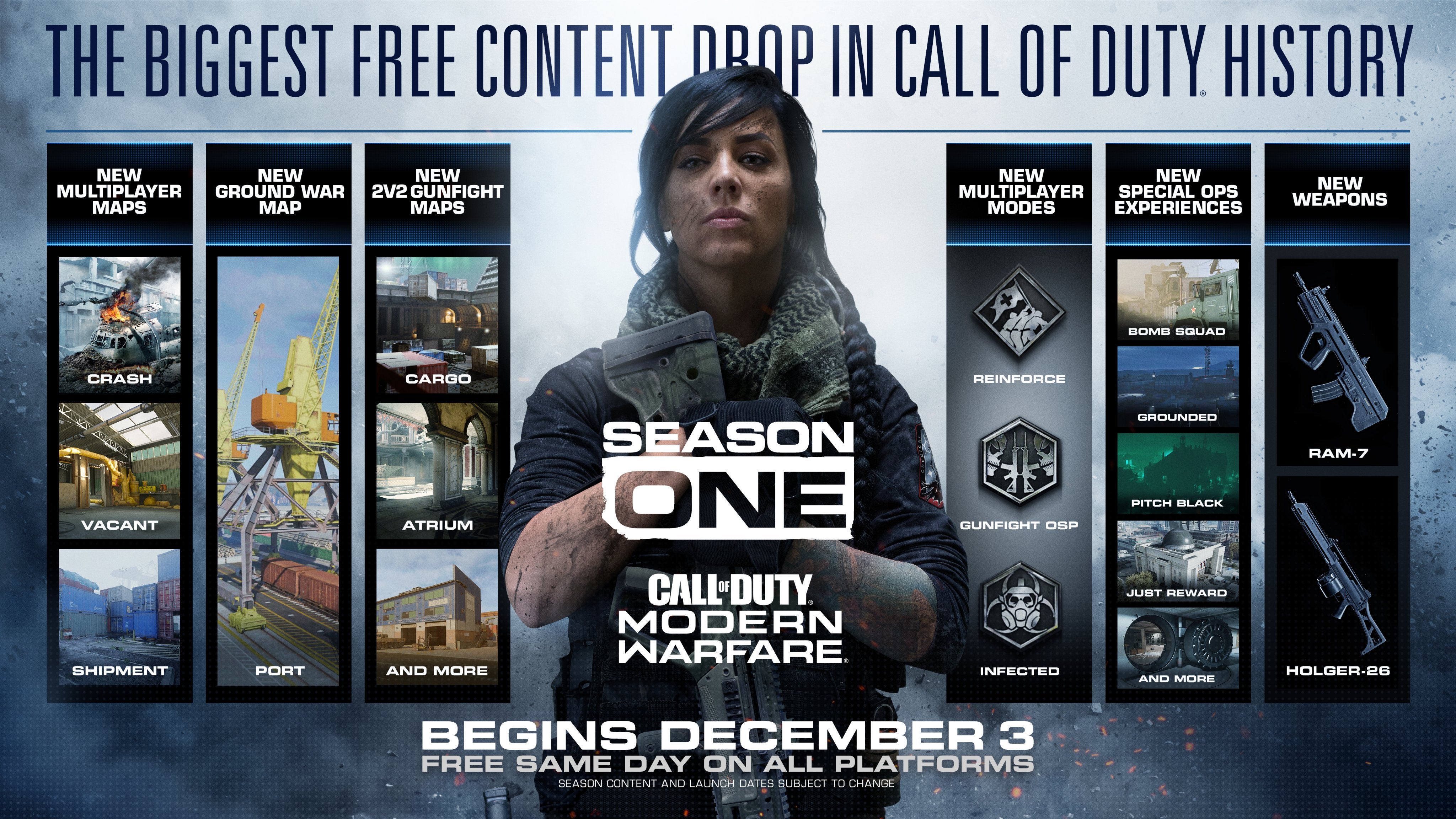 Furthermore, this update improves the effectiveness of FMJ on Killstreaks, and increases the turn-rate when aiming with a tank. It also fixes an issue where players would not be able to mantle while strafing with keyboard and mouse.

As always, Battlenet will download this free content update the next time you launch its client. Below you can also find the complete changelog for Call of Duty: Modern Warfare’s Season One.

Fixed an issue that forced shaders to be fully re-compiled after each title update. Shader installation should be expected mainly for new content, drivers update or changing the video card. New optimizations or bugfix that require modifying the shaders can also trigger part or the totality of the shaders to be re-compiled.