Sergeant_Mark_IV has released a new version of his mind-blowing Brutal Doom. This new version features many fixes, better particles for fire and smoke, more gore, and new things like a system that rewards the player with bonus health and armor for doing vile things such as torturing enemies near death (a funny thing to do is to blow off the leg of a zombie, and when he is crawling trying to escape, set him on fire, or melt him with plasma gun).

In addition, Sergeant_Mark_IV is now testing a system that makes monsters deals fatality on other monsters when they infight. Seeing things like a Baron of Hell ripping a zombie in half and throwing his body parts at you is one of the new weird things that you will experience in 0.16. 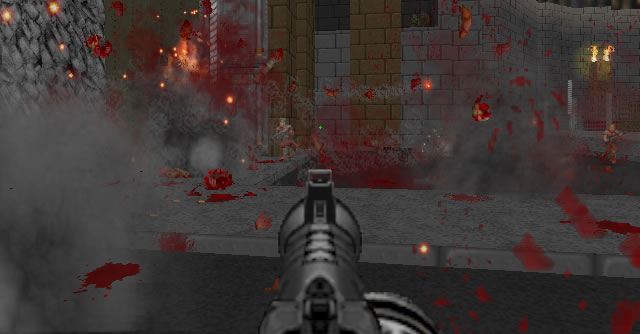