Waiting for the forthcoming launch of “Anna”, Dreampainters is proud to announce the collaboration with Leonardo Moretti and Matteo Cortini for the development of the official videogame from their award-winning pen & paper RPG “Sine Requie Anno XIII”.

Set in an alternative World War II aftermath, where corpses resurrect from their graves, upsetting the world’s political and social structures, Sine Requie Anno XIII is a game with mature and deep thematics, where the living are constantly pressed between moral ambiguities and hard choices. The main character will act in a fictional Rome, the capital city of the dystopian Sanctum Imperium, a theocratic reign ruled with iron fist by the Vatican.

“It is with great pleasure that we announce the development of the official game from Sine Requie Anno XIII and the collaboration with Matteo Cortini and Leonardo Moretti, two brilliant and creative authors.”

“It’s true! Despite the advice of our psychiatrist, we’re brutally ready for this new adventure! Our worm-filled eye sockets crave to behold the first images from the game! Let’s go, then! No Hope. No breath, Just blind atrociousness!”

Enjoy the first artwork for this zombie game! 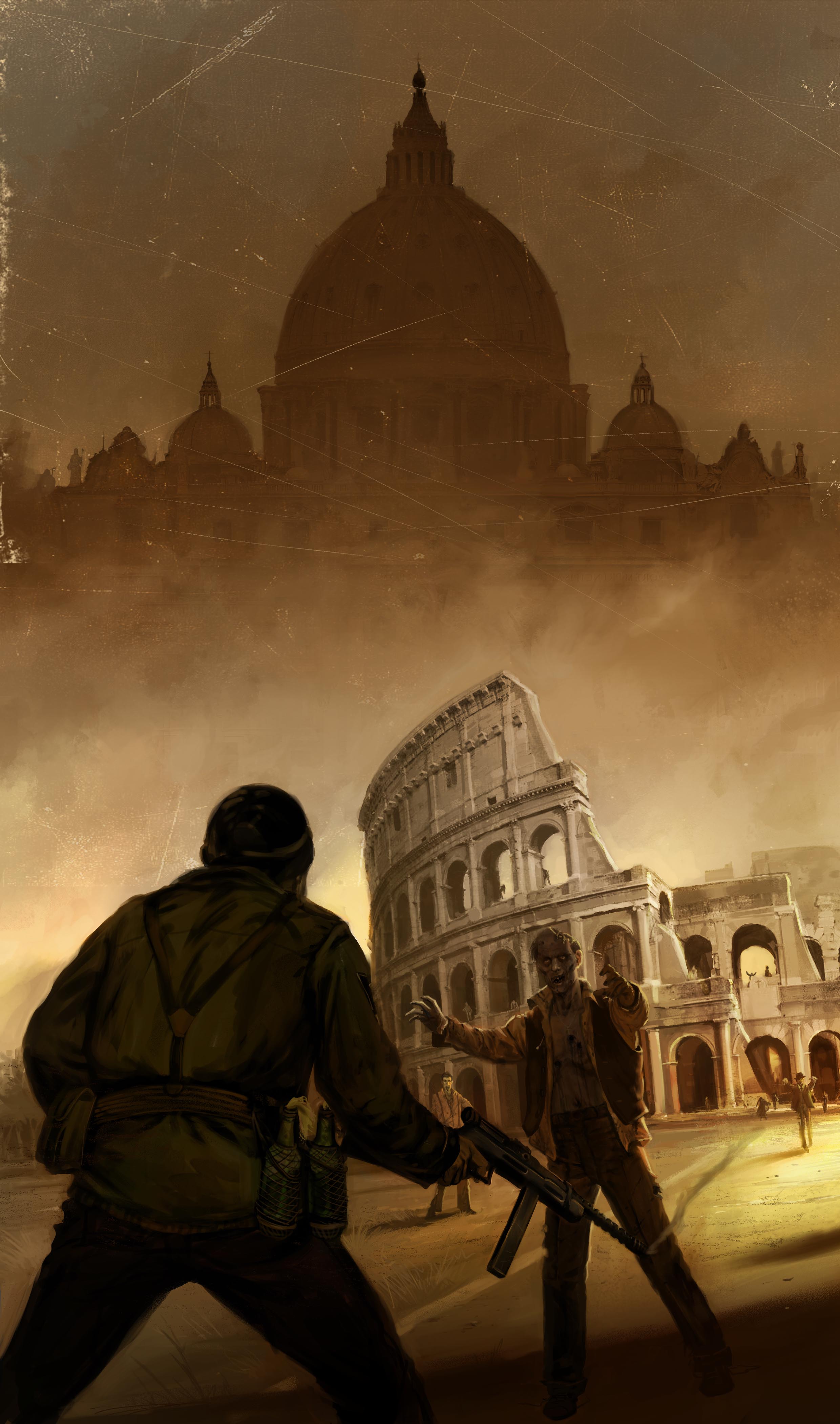