SuperData Arcade has shared its monthly report, stating that Borderlands 3 has sold an estimated 3.3 million digital units across all platforms. According to the report, the average selling price per unit came in at an above-average $69 due to Deluxe Edition sales.

Moreover, Borderlands 3 was the second highest grossing PC game in September. The game that topped SuperData Arcade’s charts was Dungeon Fighter Online. League of Legends was in the third place, whereas Fortnite was in the ninth place.

Speaking of Fortnite, SuperData claims that September was its worst month to date. SuperData estimates that Fortnite revenue across all platforms declined 43% month-over-month in September. Thus, this marks the worst performing month of revenue since November 2017.

Lastly, it appears that NBA2K and FIFA’s latest releases were slow out of the gate. In-game spending for the NBA2K franchise grew only 6% in September. On the other hand, the FIFA franchise declined slightly year-over-year due to an unfavorable comparison against World Cup after-effects last year.

Here are also the highest grossing digital games across PC, console and mobile for September 2019. 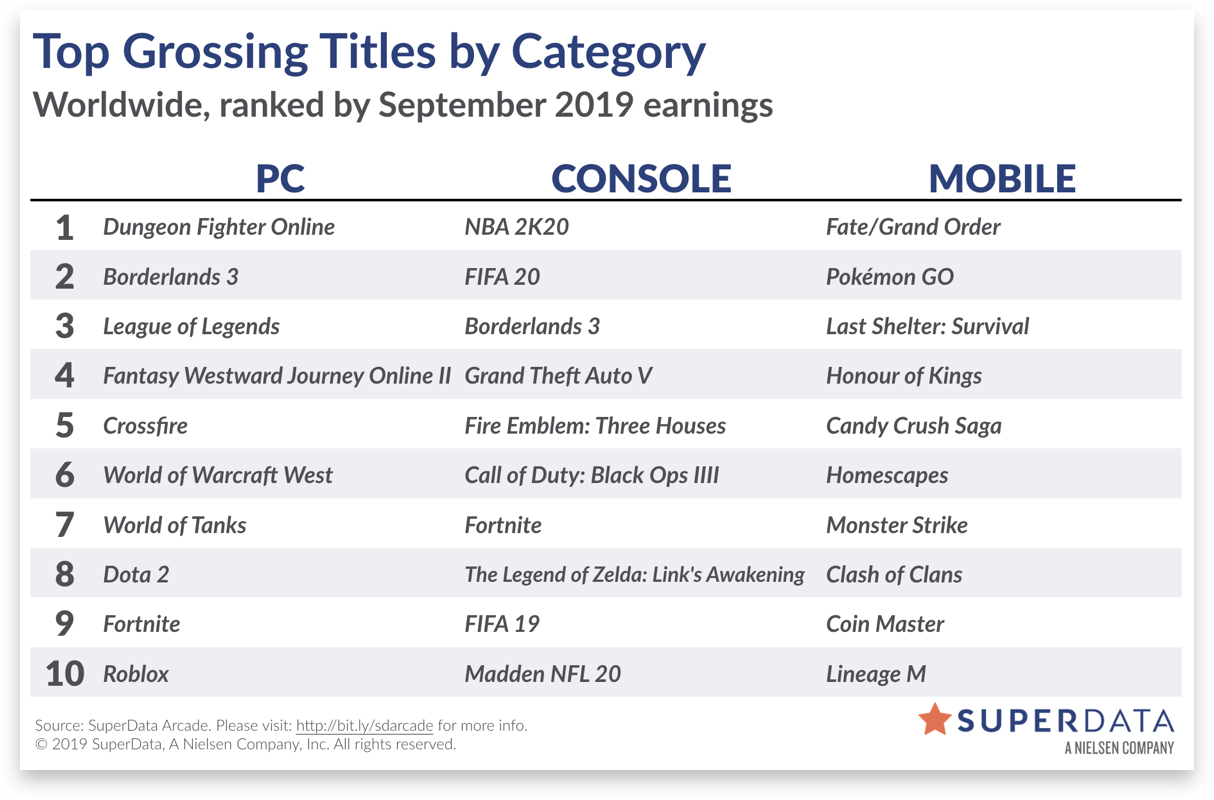