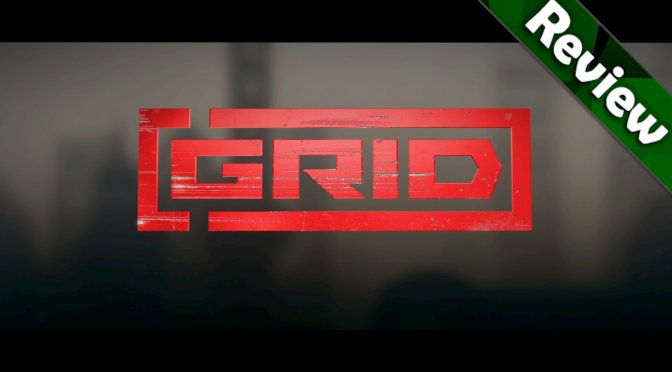 Picture this: It is January 2009, and there’s me in a sweltering office playing a game I just picked up with some leftover Christmas cash. I had seen a friend play this the year before, but the highly-detailed yet almost creamy graphics still captivate me as I finally fire it up on my own PC. That game was Racedriver: GRID, and I was coming up fast to my first turn gunning a sexy black Dodge Viper.

I tense up, press right on my keyboard, and something totally unexpected happens – the Viper ACTUALLY TURNS! Now wait just one second, the box didn’t say anything about being a sim racer!?How can extremely responsive controls and realistic physics coexist with action-packed racing in the same game!? Gosh, you can even rewind the time a la Prince of Persia if you make an accident.

As a hardcore Need for Speed fanboy back then, this was like nothing I had ever played before. Codemasters had stumbled upon an incredible marriage between sim and arcade racer with Racedriver: GRID that totally changed my perception of what  a racing game can be. Now this union has reached its eleventh anniversary in the form of 2019’s GRID, and the relationship is still going very, very strong.

Like any marriage there have been some rough patches. While by no means a bad game, GRID 2 blipped on the radar and then simply drowned amidst the releases of other heavyweights like Bioshock Infinite and GTA V. Then there was Grid Autosport which overcomplicated everything in an effort to match the gameplay modes of more trendy modern racing games, but sacrificed its own identity in the process.

To reboot one of their flagship racers, Codemasters brought 2019’s GRID back to the roots of what drew gamers more than a decade ago. That is, the new GRID is defined by an overall design that just wants to get the player behind the steering wheel as quickly as possible so that they can get down to what really matters: damn fine auto sport. It is what I wanted from this game, and GRID certainly delivered.

From a gameplay point of view, the physics once again straddle that elusive middle territory between realism and arcade gameplay On the simulation side, the responsive steering and they way the cars stick to the road gives control to the player while making cars predictable in how they will handle. This consistency allows skilled virtual drivers to own their talents, but simultaneously introduces an appealing learning curve for newbies.

I really liked how each of the cars handle so distinctly that they could practically be turned into their own separate games.  For example, the F1000 cars drive like a bar of soap on a wet floor in that they whizz around the twisty, closed circuits like lightning.

The Minis, on the other hand, have only four gears and drive a slower and more sluggish race around the track. They turn pretty fast, but building up speed to pass your opponents is a little harder. Then there are the touring cars which allow for blistering speeds on the straights in street races, but those hairpin turns will force you to come all the way down to 2nd gear if you don’t feather the throttle properly.

GRID’s arcade heritage comes out in the forgiving perks of the gameplay. The acceleration of the cars is perhaps a little exaggerated, particularly in the NPC drivers, but at least players have the option to catch up again after an accidental rendezvous with the tire barrier. The ability to rewind time returns here, but players will only have access to limited number of these which will help prevent people like me from abusing the mechanic (like when I play Forza Horizon).

GRID’s ‘nemesis’ mechanic was one of the key features mentioned in the game’s marketing campaigns. Theoretically, whenever you give another NPC (including your team mate strangely enough) a particularly hard knock, they will mark you as a ‘nemesis’. Woe betide you if you get within striking distance of their car once you put a sizable dent in their Camaro.

In practice, I barely noticed anything at all even after evoking the rage of more than one driver during a race. I don’t necessarily insist on the inclusion of this mechanic since an NPC trying to play demolition derby while you are just trying to race could become infuriating. Yet, it could have been a cool addition if it was actually noticeable, or worked properly.

Aaah yes, the graphics. Whether off-road or on the track, Codemasters has always created outstanding visual fidelity in their racing games, regardless of other shortcomings. I will never forget those DirectX 11 tessellated puddles in Dirt 2 since it was one of the first useful implementations of this tech.

GRID has no intention of breaking this tradition. Aside from the odd blurry road texture here, and a flat-looking building there, the cars and tracks have been beautifully recreated in lightly stylised visuals. All the lines, curves and reflections on cars have been rendered in sharp detail, and the tracks are highly reactive to sunlight bouncing off the surface of the tarmac.

GRID is sure to compliment these visuals with bone-rattling audio so you can really feel those pops and roars from the exhaust pipe as you gear down on the straight for an upcoming turn. The game even comes with support for Dolby Atmos, which I can only imagine to be an utter eargasm if you have the gear.

Do some people actually have access to this for their PC’s these days, or is this just a feature carried over from consoles? Anyway, you can tell Codemasters wanted to make something that looks good and that keeps within their tradition of running well on PC. Such a shame that my entire Dirt collection has now been nullified because of Games For Windows Live. There’s a place in Hell for you Microsoft.

Lumps with the gravy

Rather than prattling on about the small little nit-picks (which are cancelled out by the positives anyway), there is one unavoidable issue with this game, namely the scaling of the difficulty. When set to medium – even with manual sequential transmission starting right at the back of the grid – I could make utter mincemeat out to the competition.

I actually got a little bored with how efficiently I was feeding other drivers lungfuls of my dust, so I cranked the AI up to ‘Hard’. Suddenly everyone turned pro, and I felt like that terrified driving school student who accidentally turned onto the highway.

The gap between medium and hard is simply too harsh, and the proof is in the hot laps before each race. For the unfamiliar, this is essentially a single lap against the clock where your time determines your position in the titular starting grid. The difference between medium and hard difficulty is nearly THREE SECONDS in the hot laps (for the front spot). If you know racing, this is practically an eternity.

I know that some yobs on the internet are throwing around phrases like ‘bare-boned’ when describing GRID, but I actually appreciate the removal of all the pink fluff. I play this stuff all the time and I have watched too many racing titles plunge headlong into the muck because they tried to shoe-horn a ridiculous narrative into the game, or force the player into a convoluted progression system.

GRID gracefully sidesteps all of that by offering beautiful aesthetics and a simple roster of races for the player to complete. The focus here is on the actual driving and giving the player the opportunity to hone their skills within a consistent handling model. This game has very little interest in what happens off the track.

I would insist that all gaming developers should play GRID because THIS is how you do a reboot of a series. Nearly every single strength of the first game has been replicated here, and the upgrades available through modern gaming platforms have been used to the fullest extent. Definitely worth the time of any racing gamer, new or old.