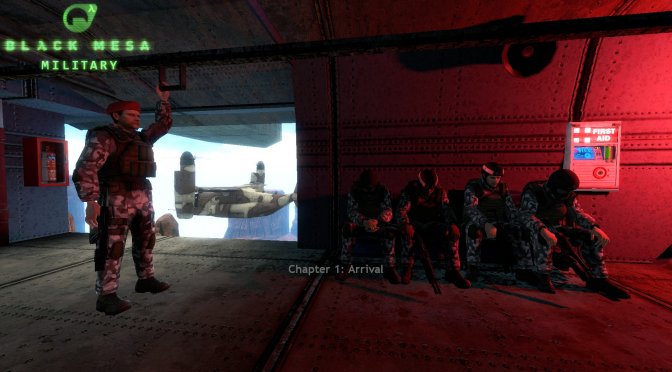 Modder ‘hecumarine’ has released an early access version of a cool mod for Black Mesa. In Black Mesa: Military you play as one of Hazardous Environments Combat Unit marines, Steven Mills. This Early Access will let you play the first five chapters of the full version, and we highly recommend downloading it.

In this mod, players will have to secure Black Mesa Research Facility with the rest of their squad and eliminate any hostile forces. According to the modder, this mod is not a recreation of any existing mods. Therefore, all maps and plot were created by him. Furthermore, hecumarine aims to stick to the canon of the Half Life universe as much as he can.

The following chapters are playable: Arrival, Dangerous Facility, Heavy Fire, Escalation and Eliminate Freeman. I’ve also included below a video showing a battle between the marines and the Gargantua. As you will see, this mod looks pretty cool.

In order to install it, you’ll have to copy “bmmilitary” and “Launch Black Mesa Military.bat” files to your Black Mesa directory.

Last but not least, you can download the mod from here.