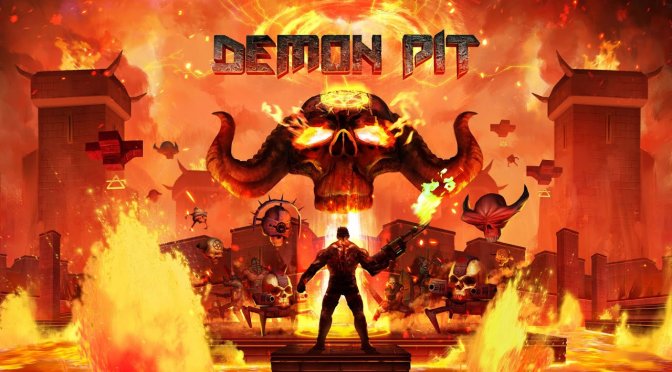 Indie publisher Digerati has released a demo for the recently announced arena shooter Demon Pit. The demo is available to download right now for free from Steam. The demo gives players a chance to blast through the game’s first six waves of hell spawn and compete on the leaderboards.

Demon Pit is a throwback to the FPS classics of the 1990s. The game promises to combine retro-authentic low poly 3D graphics, with uncompromisingly hardcore skill-based gameplay. Do note, however, that Demon Pit is an arcade-style arena shooter (and not a traditional story-driven FPS).

“Armed with a series of ranged weapons and a soul grapple, you must fight and out maneuver endless waves of demons in a constantly changing environment. How long can you survive before they rip your flesh and claim your soul?”

You can download the demo for Demon Pit from here.