Bad news for Prey 2 fans, as there is a high probability that Prey 2 won’t get released on this generation of consoles (and PCs). Back in March, we informed you about Prey 2’s rumored cancellation. According to those rumors, Bethesda had cancelled Prey 2’s development. That was based on the fact that the company had cancelled the Prey 2 event at this year’s GDC, and that they have not shown pretty much anything since the E3 footage.

Bethesda responded back then and stated that the game is delayed to 2013 but not cancelled. According to the publisher, the delay was due to the fact that ‘game development has not progressed satisfactorily this past year, and the game does not currently meet our quality standards‘.

However, it seems that Bethesda has silently removed Prey 2 from its product line-up. A quick look at Bethesda’s official site proves these claims. Prey 2 is nowhere to be found. Prey 2 was in that page a while back, so this is definitely a game that was removed by Bethesda themselves. Not only that, but apart from that earlier statement, we have not heard anything new about this game. We don’t know whether Human Head is still working on it or not.

Prey 2’s absence was spotted by Neogaf’s member ‘n8rtot’, so kudos to him. We’ve also captured a screenshot from Bethesda’s products page that can be viewed below and as you can clearly see, Prey 2 is not among them. What does this mean for the franchise? Well, only Bethesda knows the answer to that question! 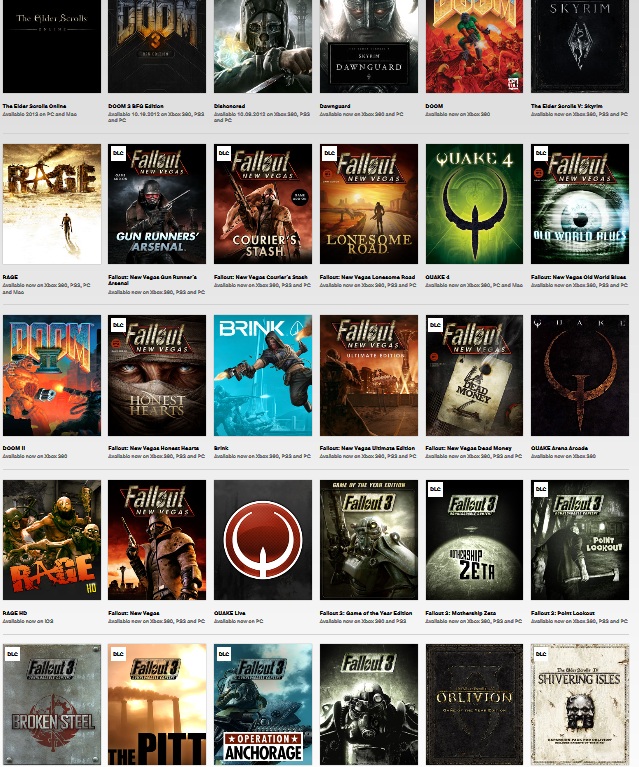