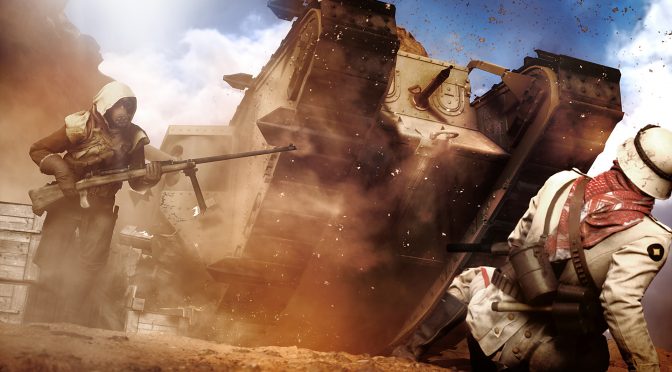 DICE has just released the first update for Battlefield 1. This update is around 766MB in size, however the team has not revealed yet its release notes. As such, we don’t know what this patch actually fixes or improves.

We expect DICE to reveal the changelog in a couple of hours. Naturally, we’ll update this story once we get our hands on it.

Contrary to Battlefield 4, the launch of Battlefield 1 went smoothly as we did not encounter any network issues. Moreover, and as we’ve already said in our PC Performance Analysis, Battlefield 1 runs amazingly well on the PC platform.

According to initial reports, Battlefield 1 has sold more copies than Battlefield 4 or Battlefield: Hardline (which was to be expected).

It will be interesting to see what changes DICE has done in this first update for Battlefield 1. From what we know so far, this update fixes the bugged Class Rank trophies/achievements.

As a bonus, here are two lovely tornado zeppelin glitches!

DICE has revealed the changelog for this first patch for Battlefield 1.