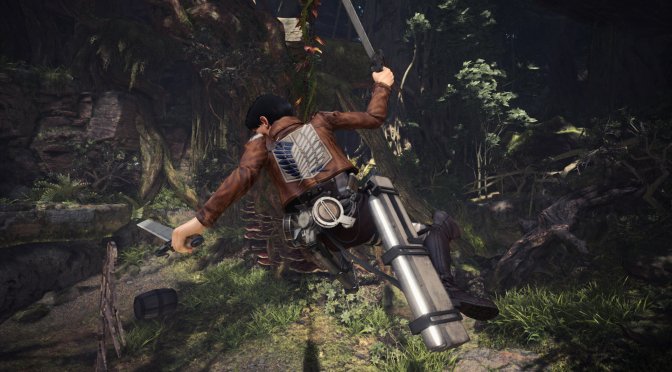 GranJavert has released a pretty cool mod for Monster Hunter World that most Attack on Titan fans will appreciate. As the title suggests, this mod introduces Levi Ackerman to Capcom’s Monster Hunter game.

According to the modder, this mod replaces the Alloy set with Levi Ackerman’s outfit from Attack on Titan. Players can also customize the jacket color with the in-game color customization system.

Now as with all the other “character” mods for Monster Hunter World, this is an outfit mod and nothing more. So yeah, don’t expect any special moves. Still, and even with the default attacks, Levi does not feel out of place. In fact, some of the game’s attacks are similar to some of his in Attack on Titan. The modder also plans to add jacket physics in a future version.

You can download the Levi Acherman Mod for Monster Hunter World from here.

Speaking of Shingeki No Kyojin, the Shiganshina mod for Minecraft is finally available to the public. Those interested can download the map from here.

Lastly, here are some screenshots showcasing Levi Acherman in all his Monster Hunter World glory! 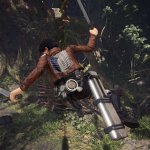 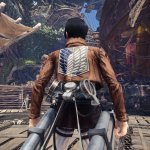 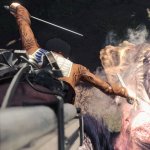 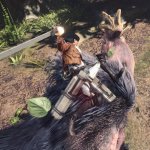 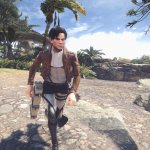