Well, let’s be honest here. The first game that came on our minds while watching Middle-earth: Shadow of Mordor’s pre-alpha gameplay walkthrough was Assassin’s Creed. Monolith’s title looked too similar to Ubisoft’s series, and it appears that we weren’t the only ones getting those AC vibes from this new LOTR game.

Assassin’s Creed 2’s former lead, Charles Randall, was shocked with what he saw this afternoon. He was so shocked that accused Monolith and Warner Bros for using code and assets from Ubisoft’s title. 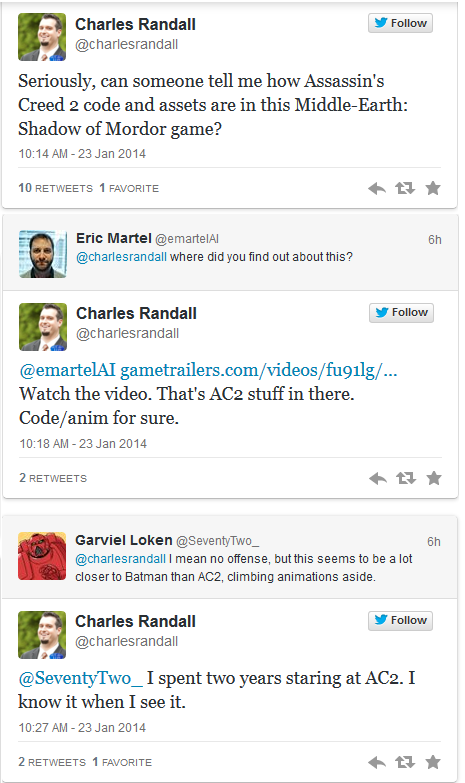 Ubisoft and Warner Bros have not replied yet on this issue, and we may never get an answer about whether Middle-earth: Shadow of Mordor is using assets from AC2 or not.

Kudos to NeoGAF for spotting it!