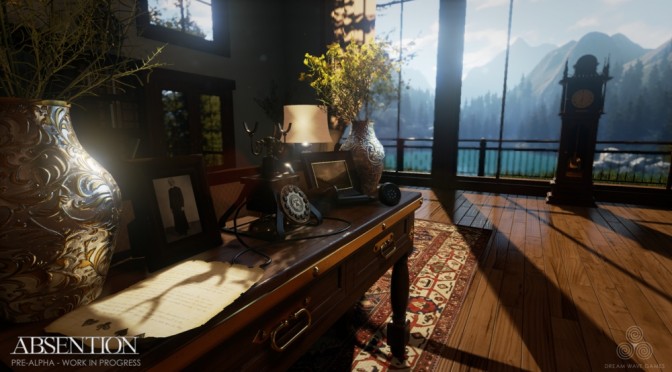 “In Absention you explore the mysterious lake house that changes it’s layout every time you play. Memorize key events and learn from your mistakes to overcome the terrifying foe that hunts you. You take that reluctant sprint, risking it all in the hopes that this time you live to see a new day. Uncover the mysteries of your past and escape this eternal night or terror.”

“It’s an exciting time to be a survival horror fan. New, innovative hardware and software are now easily accessible to both the developer and consumer.”

Absention is inspired by true survival horror greats such as Resident Evil, Eternal Darkness and Silent Hill so fans can expect a mixture of mental challenge, intense gameplay, and immersive environments.

Dream Wave Games has released the first screenshots – and a teaser trailer – for Absention that can be viewed below.