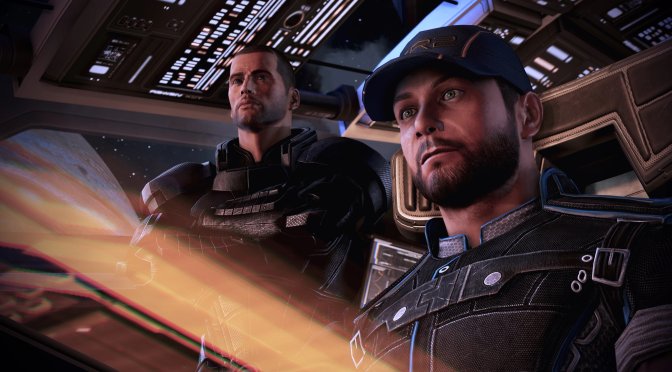 The TEB team has released the first version of a must-have mod for Mass Effect Legendary Edition. According to its description, Take Earth Back is an overhaul for the final mission of Mass Effect 3 with the aim of representing the allies you have gathered over the course of the trilogy, fixing bugs and adding ambient immersive events.

Moreover, this mod promises to be compatible with some other story mods, such as Expanded Galaxy Mod and Spectre Expansion Mod.

Take Earth Back overhauls the Earth hub to feature more than 28 war assets, as well as cut content restorations, new interactive conversations and more. Additionally, the Hammer landing sequence and beam run have had minor overhauls.

Furthermore, this mod adds cameras and suitable animations where possible. Not only that, but it restores unused dialogue and cut scenes that match the quality of Bioware.

The TEB team has been also working in sync with the ALOV team to introduce two new FMVs into the mod. Thus, the mod currently introduces two new FMVs.

Not only that, but this mod adds some new events. Its team has chosen to build ambient events based around the war assets you have gathered. These range from showing Hammer landing around you to witnessing a second Hades Cannon explode.

It’s also worth noting that the mod adds some new models.

Finally, this first version packs a number of tweaks and improvements to the Hades Cannon mission and the final mission of the game.

In short, this is a must-have mod for all ME fans, and you can download it from here.