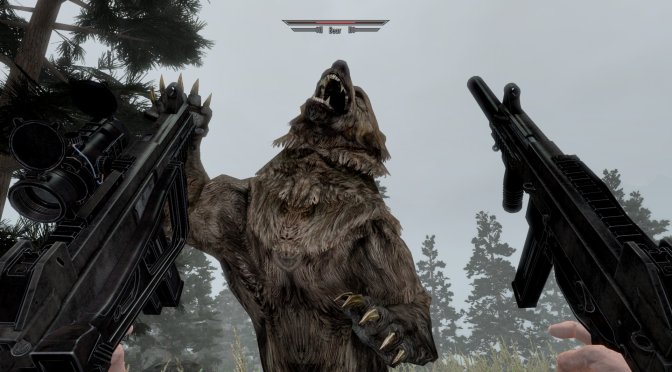 Modder ‘Mirci33’ has released a pretty cool mod for The Elder Scrolls V: Skyrim Special Edition that adds over 203 guns to it. This is an amazing mod that will completely change the way you play Skyrim.

As the modder noted, Modern Weapons Mod add around 200 new unique firearms to the craft list. As such, the player now has to acquire a few resources before using a weapon and also keep an eye on ammunition usage.

To craft a weapon you first must choose a weapon type you want. The mod currently offers seven categories. These are Pistol, Shotgun, Rifle, Electrical, Flammable, Explosive or Cheap Variant.

You can download the mod from here. Do note that this mod is for Skyrim Special Edition and for Skyrim Anniversary Edition. Below you can also find a video that showcases the mod in action (and yes, those muzzle flashes look awful).

Speaking of Skyrim Special Edition, there is another mod that adds over 100 high-quality and balanced weapons to the game, so be sure to also check it out. Wyrmstooth is an expansion-sized that adds new quests and dungeons. Additionally, this mod brings elements from The Witcher games to The Elder Scrolls V: Skyrim. Dragon Hall Tavern is another 2GB DLC-sized mod for Skyrim, adding new quests, locations, arena & more. Then we have Land of Vominhem and Legacy of the Dragonborn. And lastly, you should definitely check this Castlevania-inspired mod that brings Dracula’s castle.