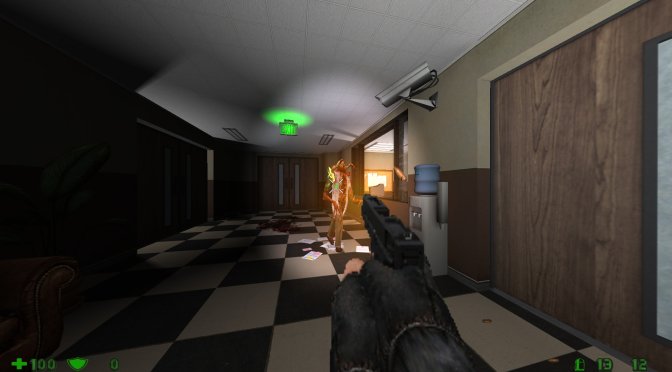 Now here is something really cool. Modder ‘LoliKololi’ has released a mod that attempts to re-imagine the original Half-Life as a classic Doom game.

In short, this is a GZDoom total conversion mod for Doom, and it looks retro-cool. Surprisingly enough, it also retains the art style of Half-Life, and feels exactly like what you’d expect from an HL demake in the Doom Engine.

You can download Half-Life Another Story from here. Below you can also find a video that showcases this mod in action.

Speaking of Doom mods, we also suggest taking a look at the following ones. Doom Voxel is a must-have mod as it turns all of its 2D sprites into 3D voxels. Doom RTX is yet another must-have mod as it introduces full path tracing effects to the game. Then we have Brutal Doom: Black Edition, a mod that attempts to bring Doom 3’s art style to the game. And lastly we have Schism which is a Doom/Hexen/Heretic mashup using Brutal Doom, as well as Bloom (a crossover between Blood and Doom).