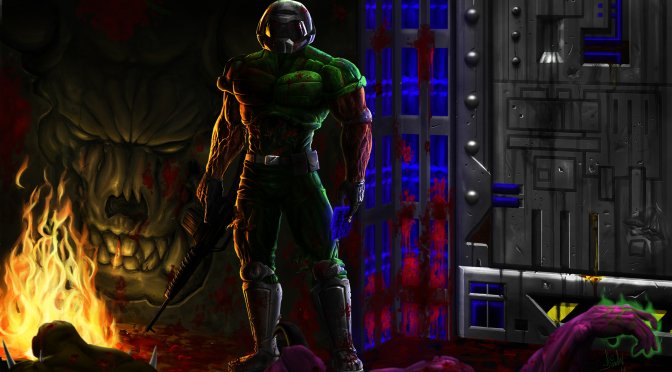 Black Edition combines large battles and speed of classic Doom with the dark and atmospheric aesthetic of Doom 3. It also packs the dynamics of modern stuff found in Doom 2016.

The modders also claim that the mod focuses on diversity. However, it takes care of preserving the original style and atmosphere of the original Doom I/II.

Black Edition offers plenty of skill levels and gameplay modifications (open FATUM menu). On higher difficulties though, it turns to a not forgiving hardcore mod which should be a challenge for the most skilled players.

You can download its latest version from here. Below you can also find two videos that showcase this mod in action.