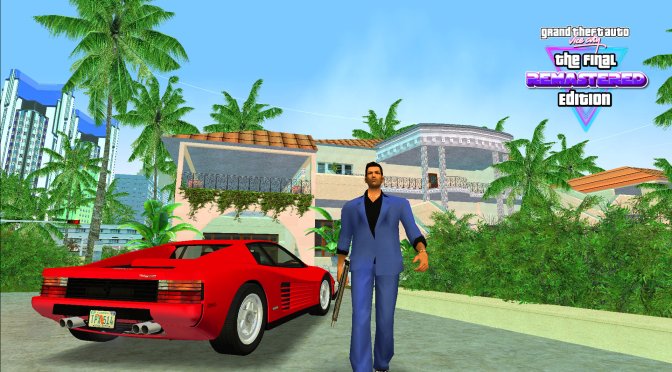 Modder ‘jquaidark’ has released a brand new version of The Final Remastered Edition Mod for Grand Theft Auto: Vice City. This mod aims to overhaul the graphics of this classic GTA game, and we highly recommend downloading it.

According to the modder, GTA Vice City The Final Remastered compiles many mods from talented moders in order to create a whole new experience.

Now the reason I’m sharing this is because Take-Two has taken down both GTA Vice City Modern and the unofficial remaster of this game in the RAGE Engine.

You can download the mod from here, and here are also its key features:

Lastly, it’s worth noting that another graphics overhaul mod is still online. Thus, and if you don’t like The Final Remastered, you can go ahead and download GTA Vice City Definitive Edition – Classic.