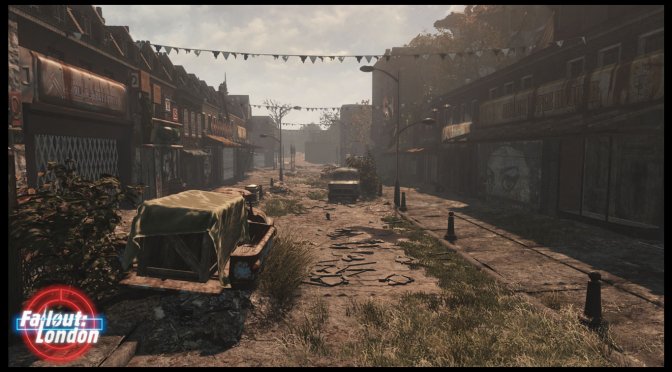 The modding team behind Fallout London, a DLC-sized fan expansion for Fallout 4, has released its third quarter 2022 progress video. This video shows off new enemies, vehicles, music, environments and more.

Fallout: London is an ambitious DLC-sized mod, aiming to encapsulate the gritty, adventurous nature of the Fallout games. Moreover, it will come with a new world, factions, storylines, NPCs, weapons, creatures, and much more.

According to the team, the world map will be about the size of the vanilla Fallout 4 Commonwealth. Furthermore, the mod will bring new and exciting factions. Players can also expect some new weather effects. Not only that, but Team FOLON will introduce a new weather effect, Acid Rain.

There is currently no ETA on when Fallout London will come out.