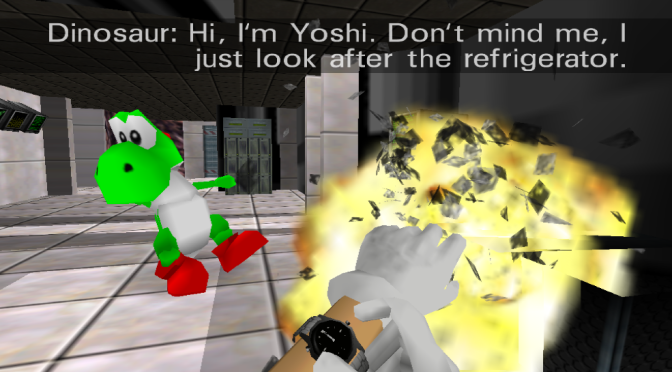 Now here is something that passed under my radar. Last month, StupidMarioBros1Fan released an amazing Super Mario 64 mod for the classic Nintendo 64 game, GoldenEye 007.

This is truly an incredible mod, and we highly recommend downloading it. Naturally, PC gamers can use emulators in order to play GoldenEye 007 with this mod.

You can download this Super Mario 64 Mod from here. Below you can also find some videos that showcase it in action.