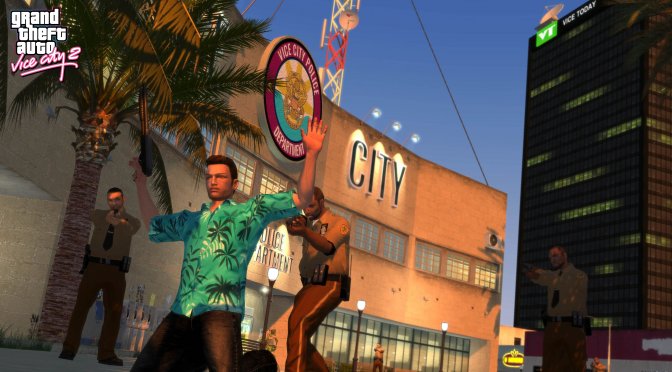 Back in 2020, we informed you about a fan remaster/port of Grand Theft Auto Vice City in the RAGE Engine. And today, we are happy to report that RevTeam has released a brand new version of their demo for it.

In case you weren’t aware of, Grand Theft Auto: Vice City 2 is a global modification based on the GTA IV (RAGE) engine. Basically, think of it as a high-quality remaster/remake of the original game. As such, it will feature all of the original missions, weapons and enemies.

“The atmosphere of the good old Vice City in modern realities, where the city is not easily converted, but assembled completely from scratch.”

RevTeam has released a patch for the demo that fixes some bugs and adds the entire map from the original Vice City. Moreover, it adds the “RC Raider Pickup” mission, as well as four missions of Ricardo Diaz.

In order to showcase the mod, RevTeam has also released the following screenshots. These will give you an idea of what you can expect from this unofficial remaster.

You can download Grand Theft Auto: Vice City 2 from here, and its latest patch from here. Now since Take-Two has been taking down numerous GTA mods, I strongly suggest downloading it while you still can. After all, Take-Two has already taken down GTA Vice City Modern. Not only that, but rumor has it that Take-Two may be working on a remake of Vice City. In short, it’s only a matter of time until they also sent RevTeam a C&D letter.