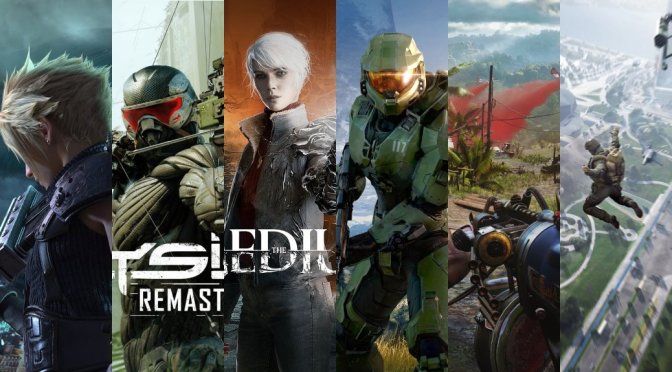 2021 was a really weird year for PC gaming. Although we didn’t see a lot of games that had performance/tech issues, we did witness some questionably PC releases. From minimal PC graphics settings to really awful stuttering issues, these are the most disappointing PC game releases of 2021.

For this list, we’ve decided to only include triple-A games. The reason we are only including these high-profile games is simple. These games come from some of the biggest companies, so you’d expect their PC versions to be more polished than some PC indie games (or even double-A games). Also note that the following games are listed in no particular order.

The Medium was one of the first current-gen only games. Developed by Bloober Team, the game uses Unreal Engine 4 and suffers from major performance/tech issues. At release, the game had GPU usage issues, that the team was able to resolve. Still, the game has numerous unoptimized scenes. The game also suffers from numerous stuttering issues. Not only that, but its graphics are nowhere close to what you’d expect to see from a current-gen only game. Bloober Team had the opportunity to show what current-gen games could look like. Instead, the team offered an unoptimized game.

Far Cry 6 is a game that uses the Dunia Engine and suffered from all the tech issues that affected all the previous Far Cry games. Ubisoft has not addressed any of the performance issues that plagued its engine. As such, FC6 suffers from major traversal stutters. Not only that, but due to its collaboration with AMD, Ubisoft released an HD Texture Pack that required GPUs with more than 10GB of VRAM. What’s really disappointing here is that these textures are not THAT different from those found in other games that require way less VRAM. The game’s visuals were also inconsistent. And lastly, its Ray Tracing effects were a big disappointment.

The remasters of Crysis 2 and Crysis 3 were huge disappointments, especially for those that have already played the original PC versions. While Crysis 2 Remastered looks better than the original game, it has some truly unoptimized scenes. These scenes tank the framerate to ridiculous levels, without anything happening on screen. Moreover, it has major stuttering issues. On the other hand, Crysis 3 Remastered looks exactly like the original game. The only major additions are the inclusion of DLSS and Ray Tracing reflections. However, and for PC standards, this is an awful remaster.

Microsoft and 343 Industries delayed Halo Infinite for almost a year. And despite 343 Industries’ claims (that it would treat PC gamers as first-class citizens), the PC version has major issues. The game suffers from 30fps animations, stuttering issues, performance issues, and cannot scale on older generation GPUs. The cut-scenes also feel stuttery, even when running at really high framerates, and there is a screen-shake effect that makes everything feel jittery when running (thankfully you can disable this). Hell, the game had the same tech issues that were present in its Open Beta Testings (so what was the point of running a beta if you can’t really address those issues?)

Let’s get one thing straight. The reason we’re including FF7R here is not due to its performance. Performance is actually great on a wide range of PC configurations. However, the overall quality of the PC version was abysmal. Square Enix has not included any graphics settings at all to tweak, locked the game’s INI files behind PAK files, had enabled DRS by default (and did not provide any way to disable it), did not include any PC-only tech features, and raised its price. That price hike is inexcusable. For 80 euros, you’d expect premium features. Instead, what we got was a barebones port. For 50 euros, this would have been a must-have purchase. For a game that is available exclusively on Epic Games Store and costs 80 euros, this PC version is a joke.

How the mighty has fallen. Battlefield 2042 was one of the worst game releases of 2021. The game came out in a really broken state, and was even worse than Cyberpunk 2077. Battlefield 2042 suffered from performance issues, network issues, gameplay issues… and all kinds of issues. Not only that, but EA and DICE tried to copy Fortnite and COD by implementing Specialists. Say what you want about Call of Duty, but at least Vanguard worked at launch, and had a single-player campaign.

A lot of gamers were excited when Take-Two announced its plans to release remasters of the first three 3D Grand Theft Auto games. After all, Rockstar had previously produced some of the best games. And, honestly, the first gameplay trailers looked great. All three games had major graphical improvements, though their 3D characters were more cartoon-ish than what most of us were expecting. However, all hell broke loose when this trilogy came out. It was obvious that the trilogy released in an unfinished state, and there are still numerous issues with all three games. As I did with BF2042, I’ll simply let the following videos do the talk. A truly embarrassing release for Take-Two and Rockstar. Oh, and let’s not forget that Take-Two took down numerous mods for the original versions of these three games. Pathetic. Truly pathetic.