Square Enix has just released Final Fantasy 7 Remake Intergrade on PC. Powered by Unreal Engine 4, it’s time now to benchmark this new FF game and see how it performs on the PC platform. 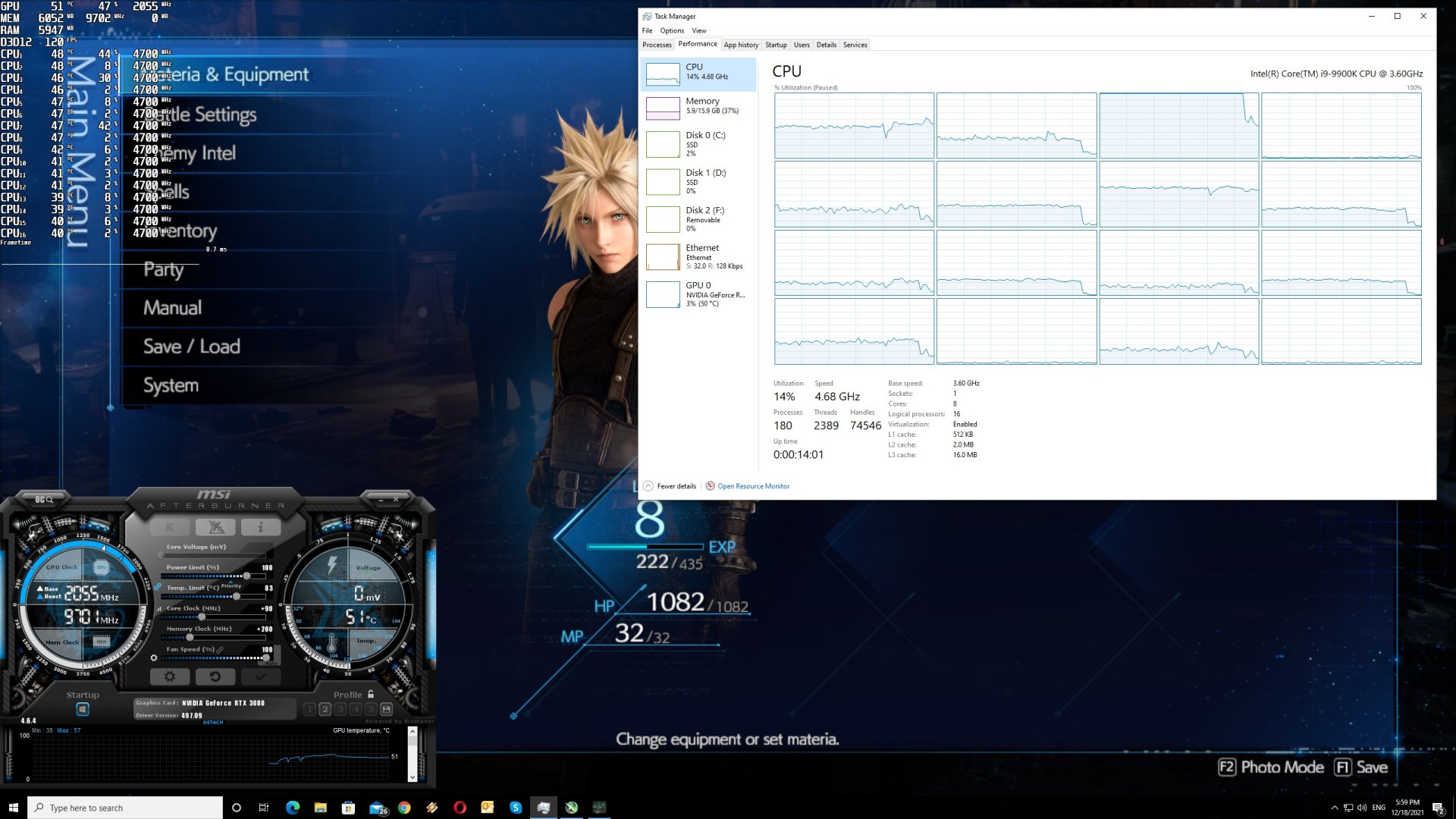 As we’ve already reported, Final Fantasy 7 Remake Intergrade comes with the most barebones graphics settings. PC gamers can only adjust the quality of Textures and Shadows. Hell, the game has more options for HDR than for adjusting its graphics settings. Not only that, but Dynamic Resolution Scaling is enabled by default, and there is no option to disable it. This is a big letdown, so that’s a yellow card. 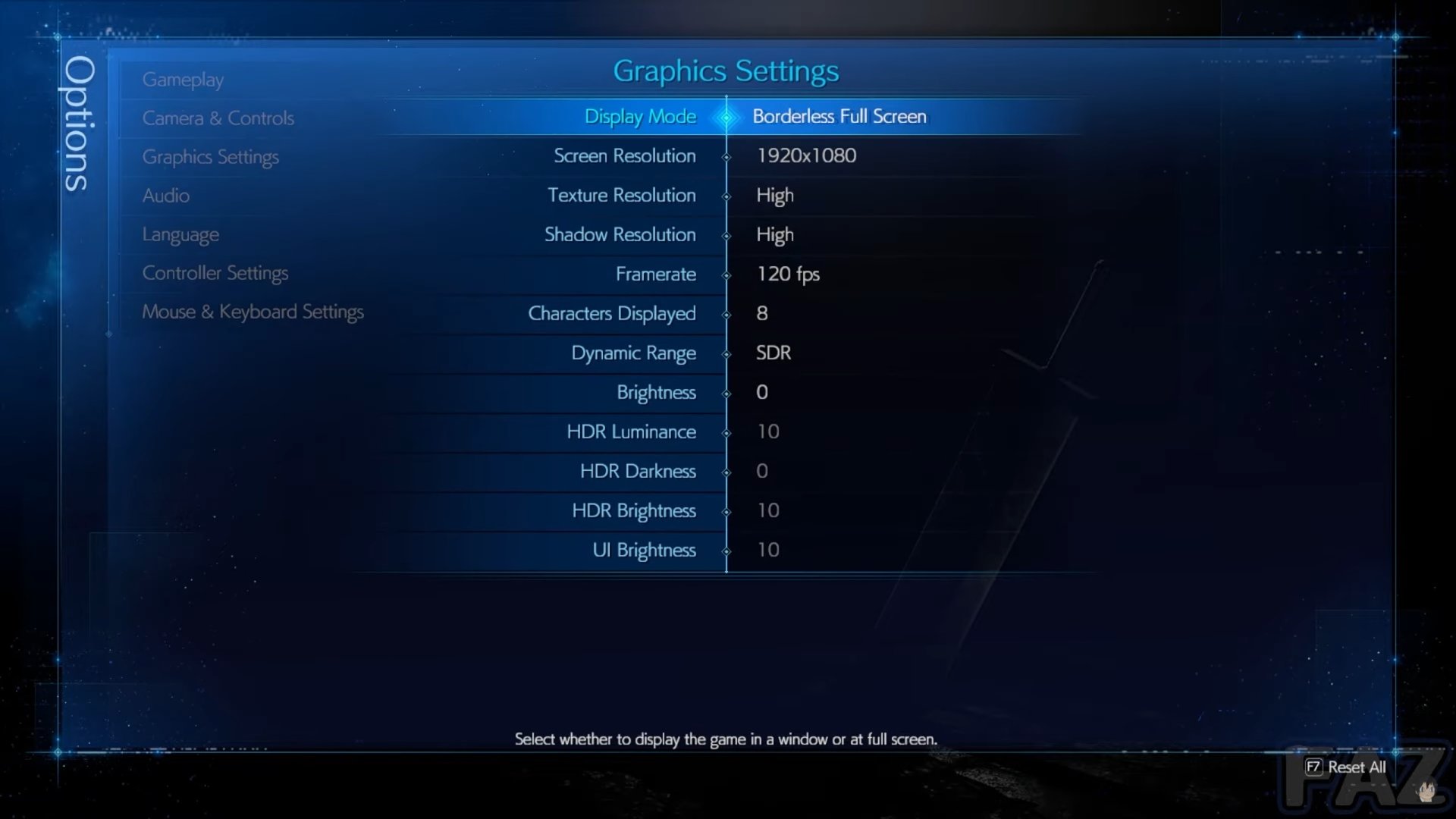 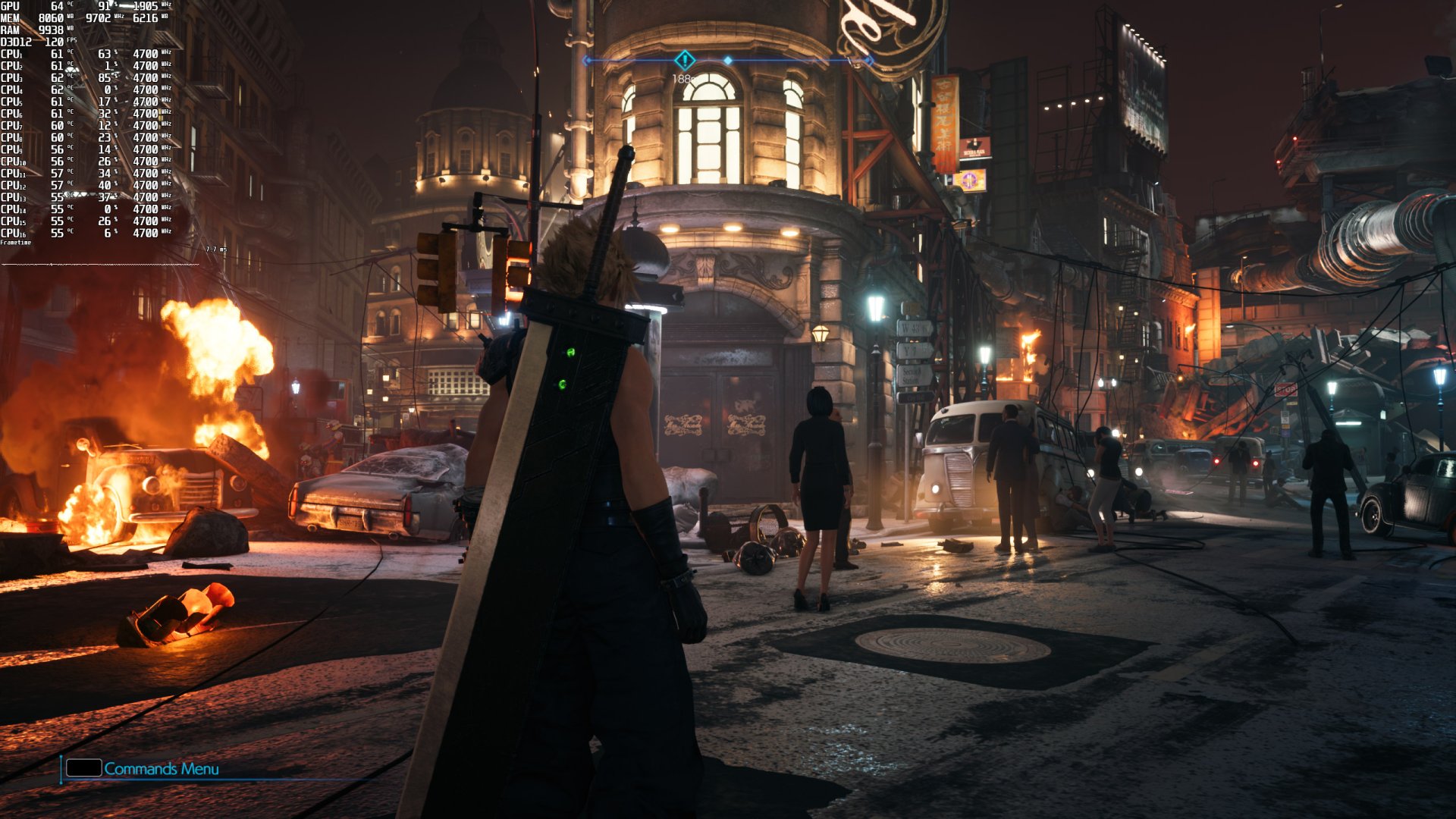 In order to find out how the game scales on multiple CPU threads, we simulated a dual-core, a quad-core and a hexa-core CPU. And, as we can clearly see, the game does not require a high-end CPU. Without Hyper-Threading, our simulated dual-core was able to offer framerates higher than 60fps. However, we experienced major frame pacing and stuttering issues, which were resolved once we enabled Hyper-Threading.

We should also note that FF7 Remake uses mainly one CPU thread. As such, this may introduce additional stutters once this one thread maxes out. A workaround to this problem is to disable Hyper-Threading. When we disabled Hyper-Threading on our quad-core, hexa-core and octa-core systems, we experienced better frametimes and fewer stutters. Thus, and for most PC systems, we strongly suggest disabling Hyper-Threading for this game. We should also note that we are always running our games without any other program running in the background (which may explain why we don’t experience any additional stutters). 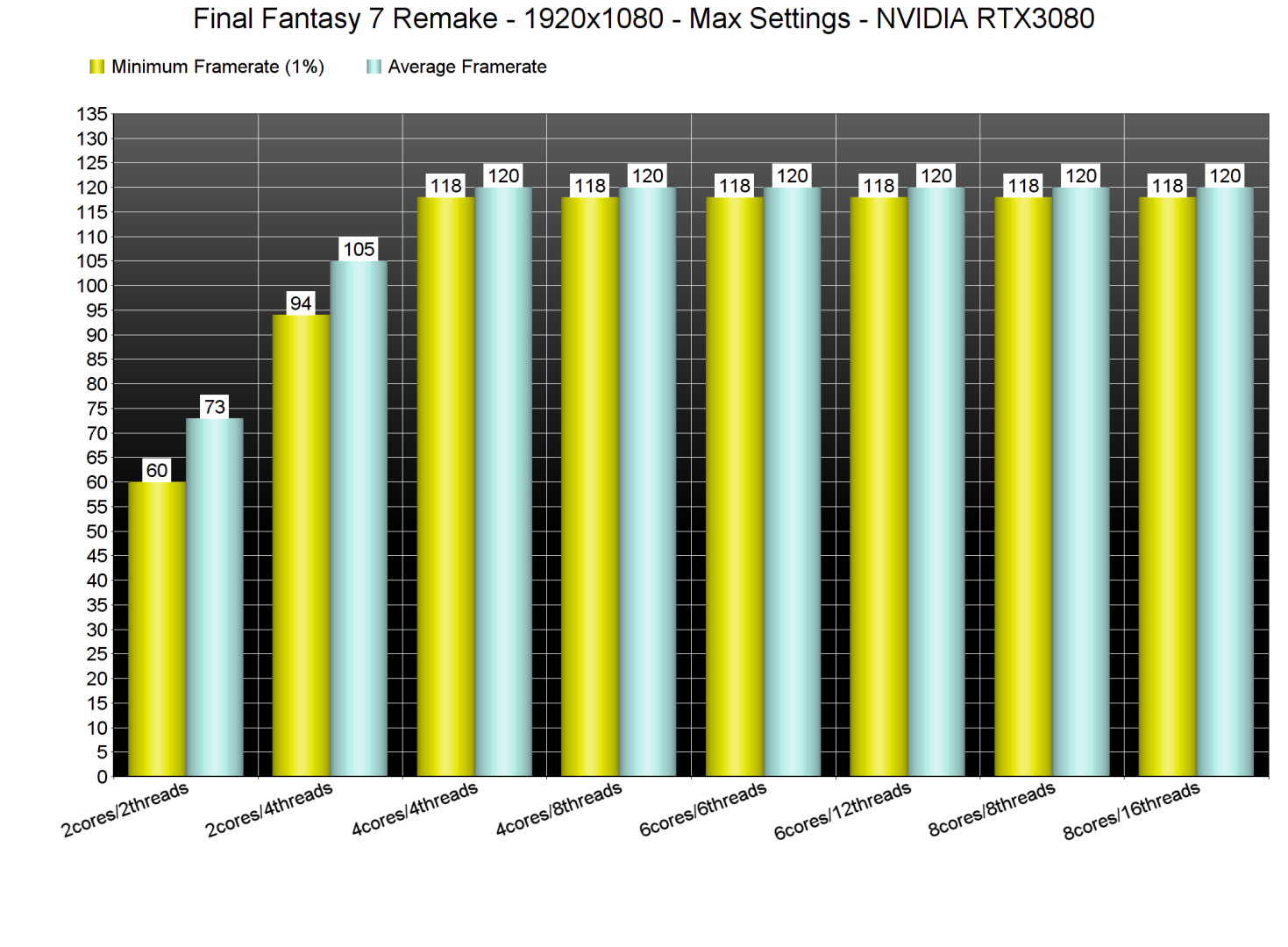 Most of our GPUs were able to provide a constant 60fps experience at 1080p/Max Settings. Hell, even the AMD RX580 came close to 60fps experience. So, even though the game does not provide a lot of graphics settings to tweak, we can rest assured that it will run with high framerates even on dated PC hardware. 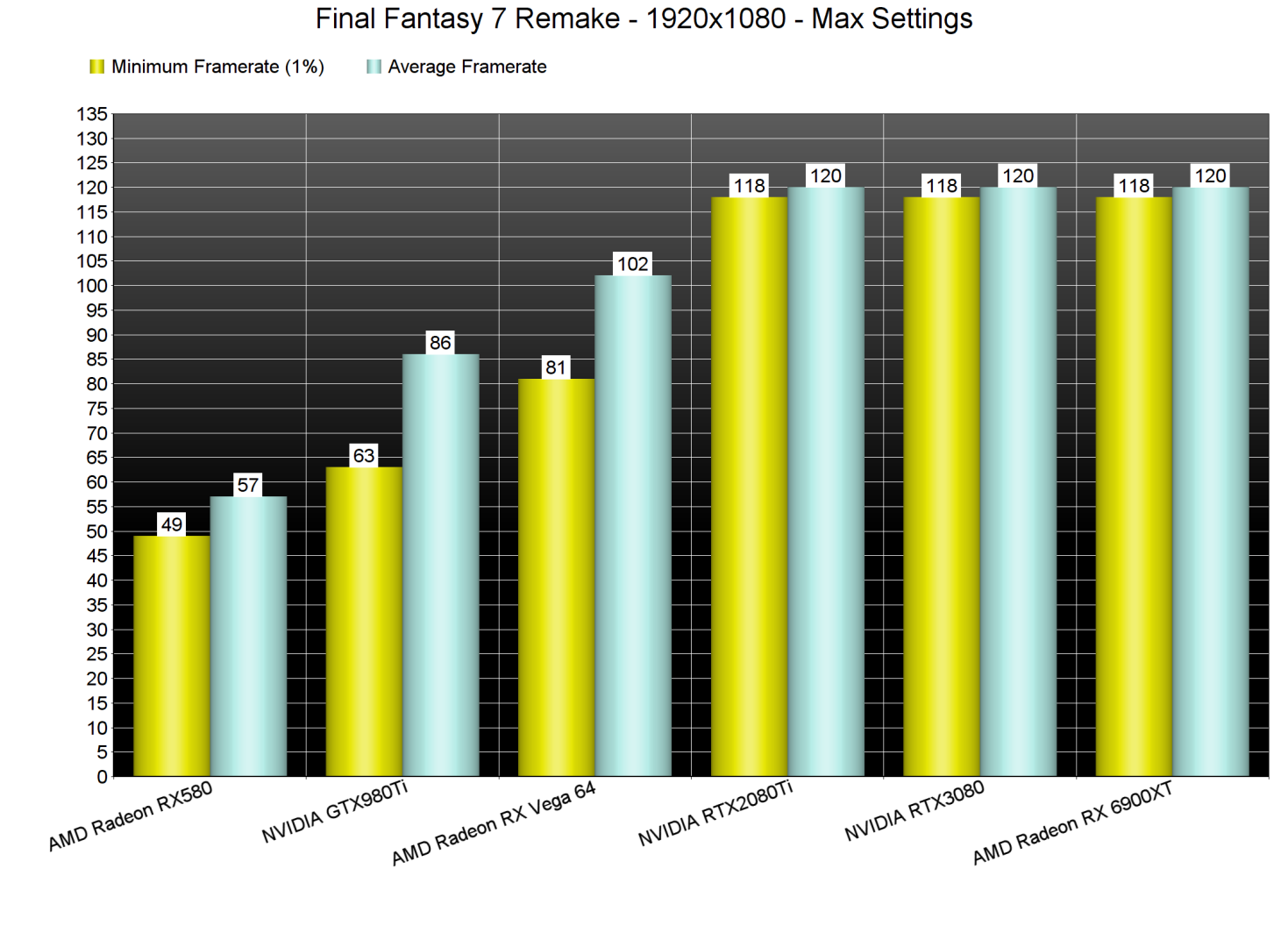 At 1440p/Max Settings, our top four GPUs were able to provide a 60fps gaming experience. It’s worth noting that the AMD Radeon RX Vega 64 runs significantly faster than the NVIDIA GTX980Ti, even though this game uses Unreal Engine 4.

As for 4K/Max Settings, our top three GPUs had no trouble at all running it. However, we should note that the NVIDIA RTX3080 was noticeably faster than the AMD RX 6900XT. This shouldn’t be happening, and AMD will have to improve the game’s performance via future drivers. 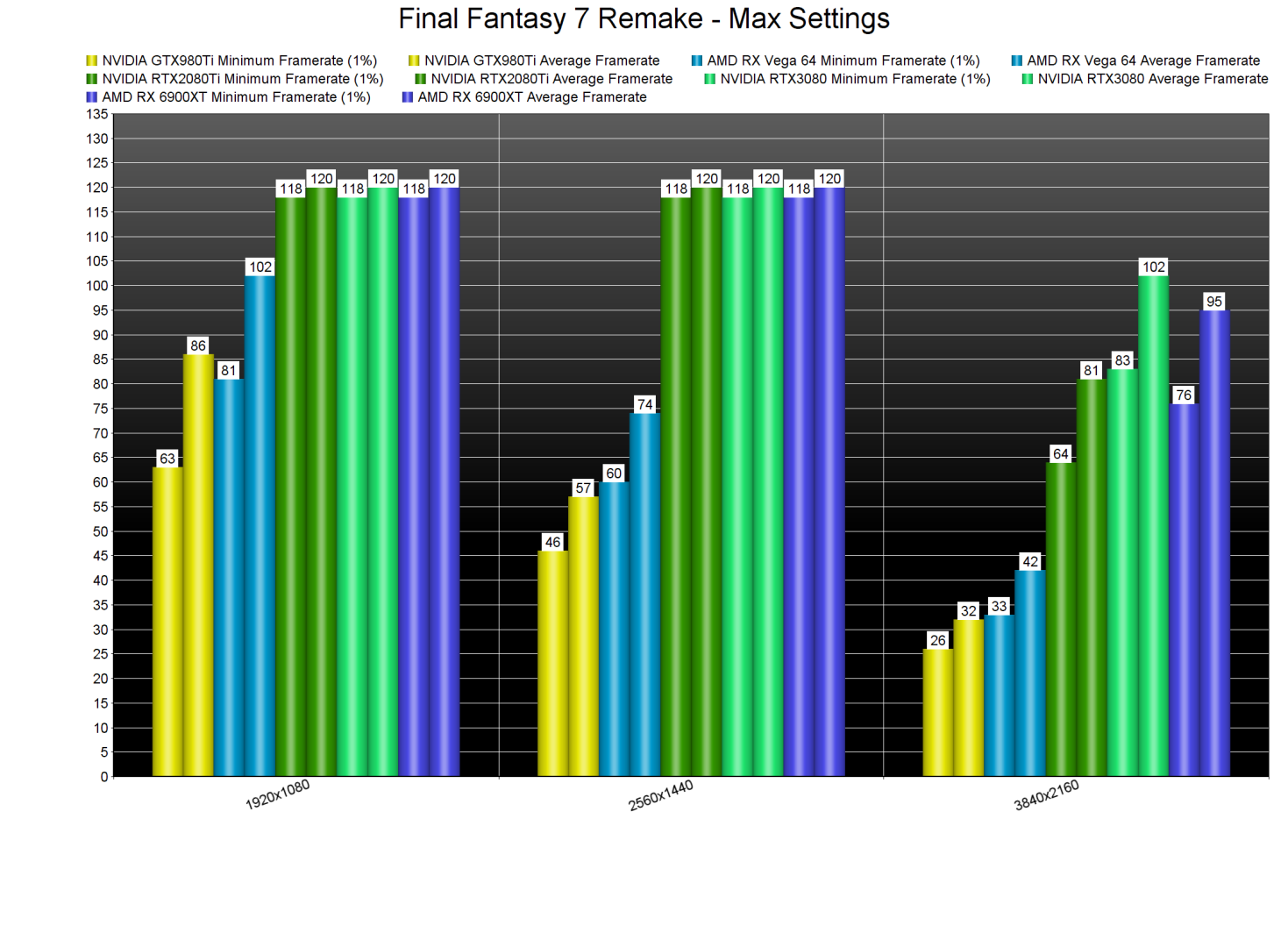 Now it’s time to address the big elephant in the room, the stutters that a lot of gamers have reported. Unfortunately, we did not experience any major stutters other than the traversal stutters that occur in most games. There were a few additional stutters after some cut-scenes, but we did not experience any stutters during combat or while standing still and panning the camera. And, to be honest, the game felt smoother than a lot of other PC games we’ve tested. For instance, it has way fewer stutters than Far Cry 6, Halo Infinite, or ICARUS.

As we’ve showcased, the game mainly uses one CPU thread. Therefore, we suggest disabling Hyper-Threading, which will increase your CPU threshold. We also suggest using high-speed memory modules, as well as running the game at 120fps (with the Dynamic Resolution Disabler). Do not limit it to 60fps as that may introduce some side effects. And if those fail to resolve some of your stuttering issues, we then suggest running the game in DX11 mode. You can do so by adding “-dx11” as a launch option to EGS.

Below you can find a video from the Slums area. As you can see, there is one major stutter at 1:03 and then two stutters at the end of the video. These are traversal stutters as the game loads new stuff during these scenes. So, while the game is not stutter-free (we never claimed such a thing), it’s nowhere close to a “stutterfest“.

Graphics-wise, Final Fantasy 7 Remake Intergrade is absolutely beautiful. The game has some of the best character models we’ve seen, and Square Enix has managed to get really close to the CG models of Final Fantasy 7: Advent Children. The environments also look great. Furthermore, players can interact (destroy or move) with some environmental objects. It’s not up to what other triple-A games have achieved, but it’s definitely something as its world does not feel as static as the ones in some other games.

Before closing, we should note that the Keyboard and Mouse work great in this game. Thanks to the mouse, you can easily move the camera during combat. We also did not experience any mouse acceleration/smoothing issues, and the game displays proper on-screen indicators.

All in all, Final Fantasy 7 Remake Intergrade runs pretty great on the PC. The game does not require a high-end CPU or GPU, and plays wonderfully with the mouse and keyboard. However, this does not mean that it’s a perfect product. The game has traversal stutters, and barebones graphics settings. Not only that, but it’s priced at 80 euros.

And, to be honest, this is the main reason why most people are disappointed by it. Final Fantasy 7 Remake is the first game that costs 80 euros on PC (at least in its standard version). So, for 80 euros, you’d expect some premium features. You’d expect some extended graphics settings, a benchmark tool, or some PC-only features like Ray Tracing or DLSS. Instead, the game feels like a quick cash grab. It’s inexcusable for an “80 euros” game to not even have an option to disable Dynamic Resolution Scaling (which was most likely carried over to PC from the PS5 version). And while the game performs great on PC, we do not recommend getting it… at least until it drops to a more reasonable price. 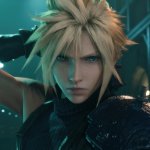 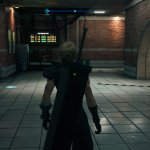 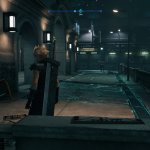 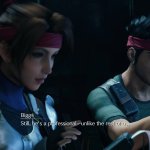 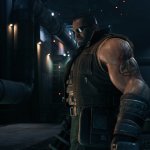 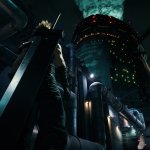 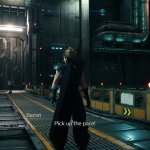 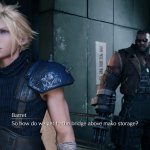 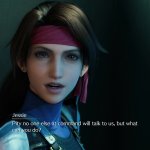 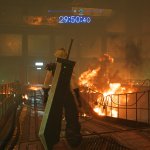 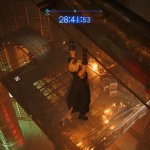 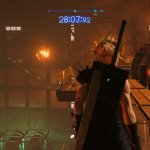 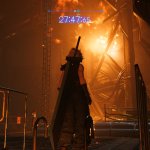 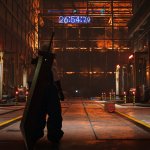 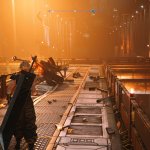 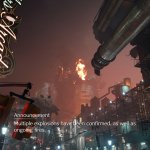 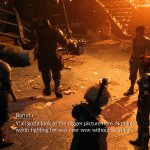 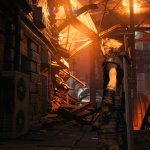