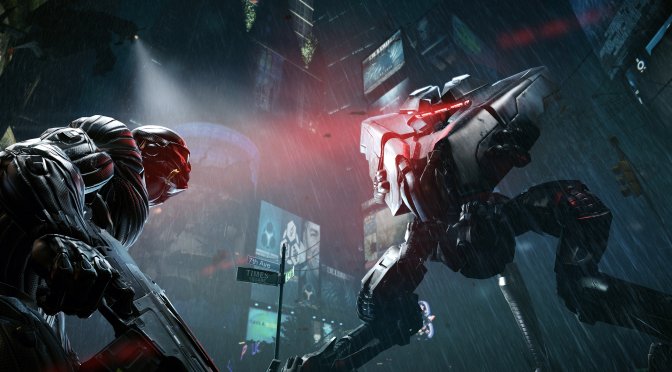 Crytek has just released Crysis Trilogy, featuring the remasters of Crysis 2 and Crysis 3 (alongside the one for the first game). So, it’s time now to benchmark Crysis 2 Remastered and see how it performs on the PC platform. 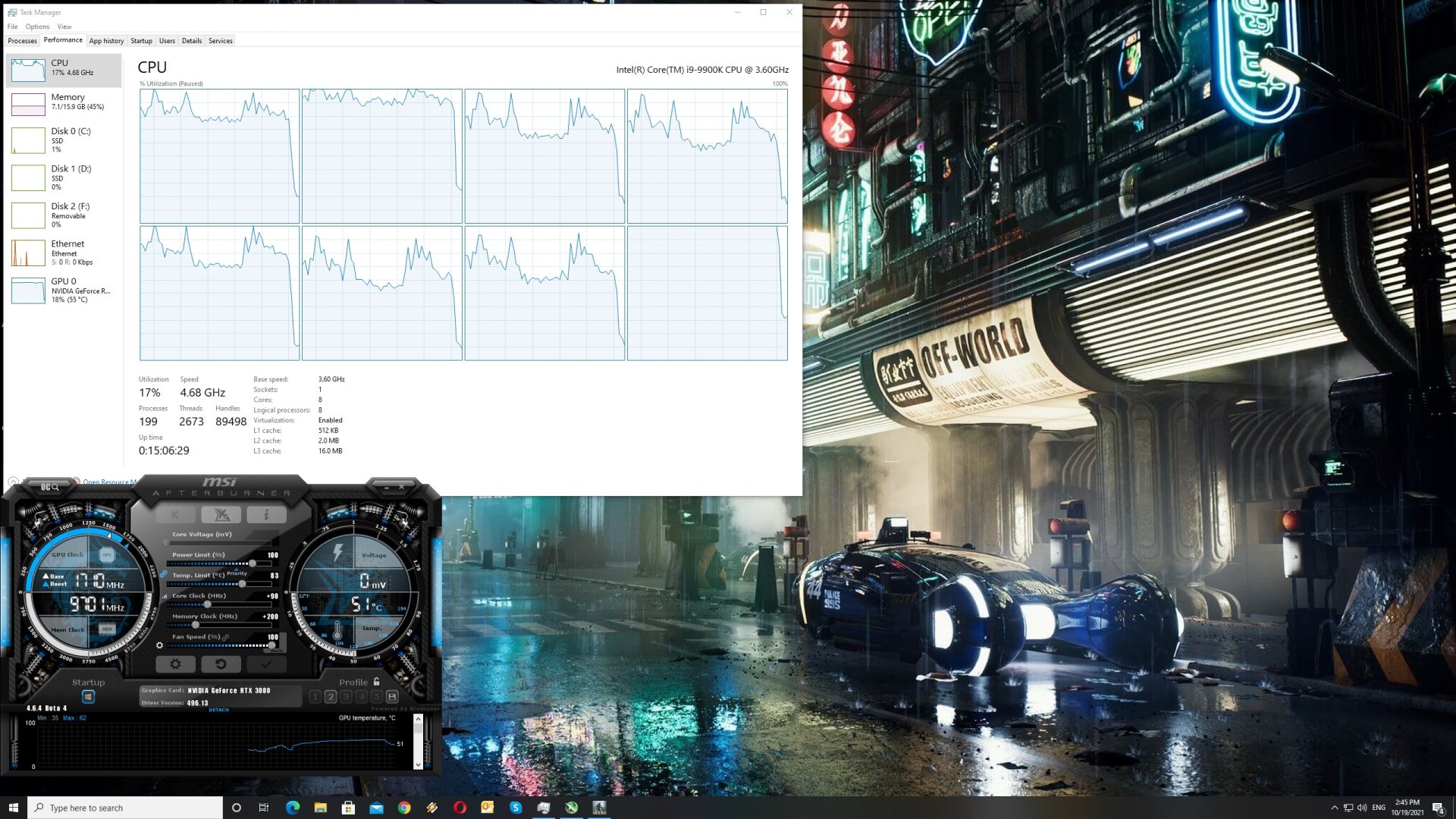 Crysis 2 Remastered does not feature any built-in benchmark. As such, we’ve decided to benchmark this area. Do note, though, that later areas may run better or worse. 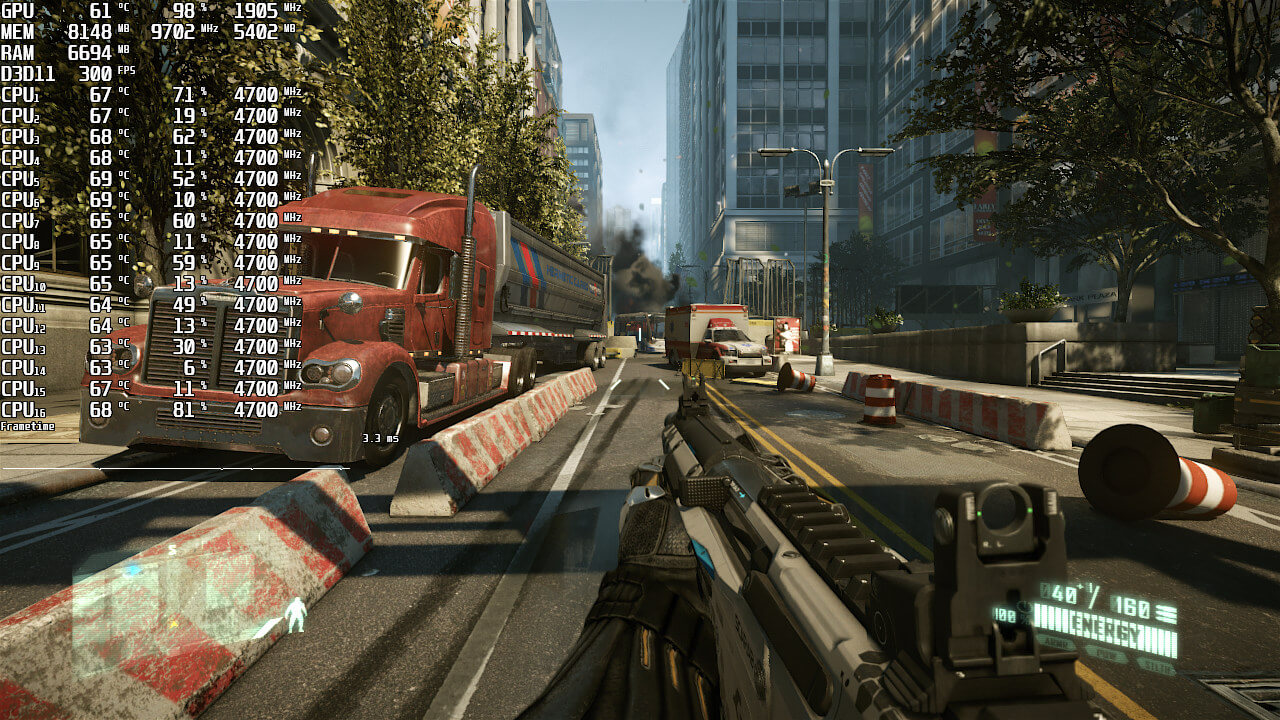 In order to find out how the game scales on multiple CPU threads, we simulated a dual-core, a quad-core and a hexa-core CPU. And, thankfully, the game does not require a high-end CPU. Our simulated dual-core system (with Hyper-Threading) was able to push more than 200fps at 1280x720 on Max Settings (without Ray Tracing). Again, there might be scenes that run worse than this benchmark scene, so keep that in mind. 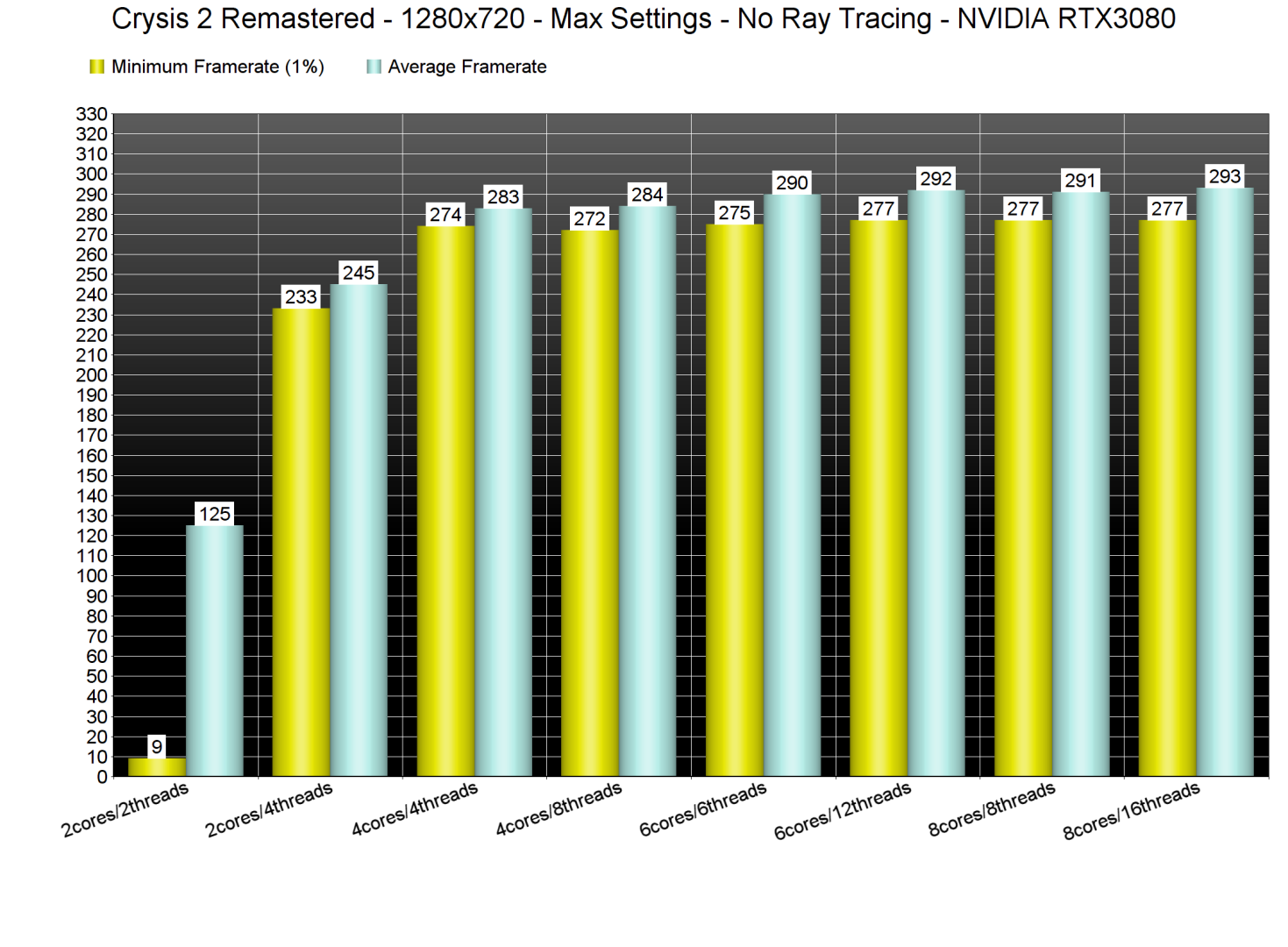 Most of our graphics cards were able to run the game smoothly at 1080p/Max Settings. From what we can see, the game favours NVIDIA’s over AMD’s GPUs. Not only that, but the RTX3080 is noticeably faster than the AMD RX 6900XT at 1080p. My guess is that this is due to the DirectX 11 API (as AMD’s DX11 drivers still have a higher CPU overhead). 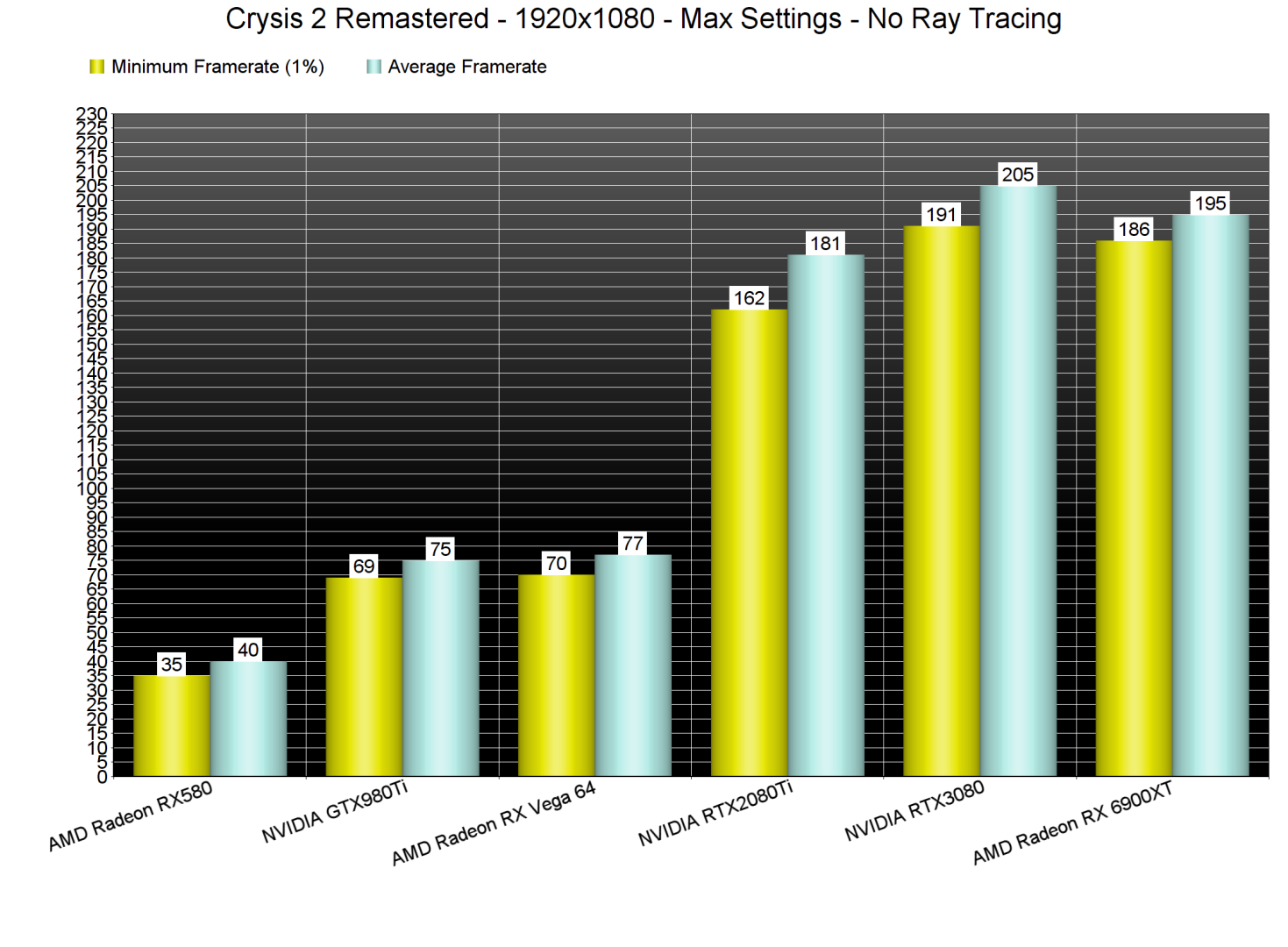 At 1440p/Max Settings, the only GPUs that can provide a smooth gaming experience are the RTX2080Ti, RTX3080 and AMD RX 6900XT. Since we are now GPU-limited, the RTX3080 loses its performance superiority. Still, and since the game favours NVIDIA’s hardware, it stands toe to toe with the more powerful RX 6900XT. As for 4K, the RTX2080Ti saw some drops below 60fps. On the other hand, the RTX3080 and RX 6900XT pushed a constant 60fps. 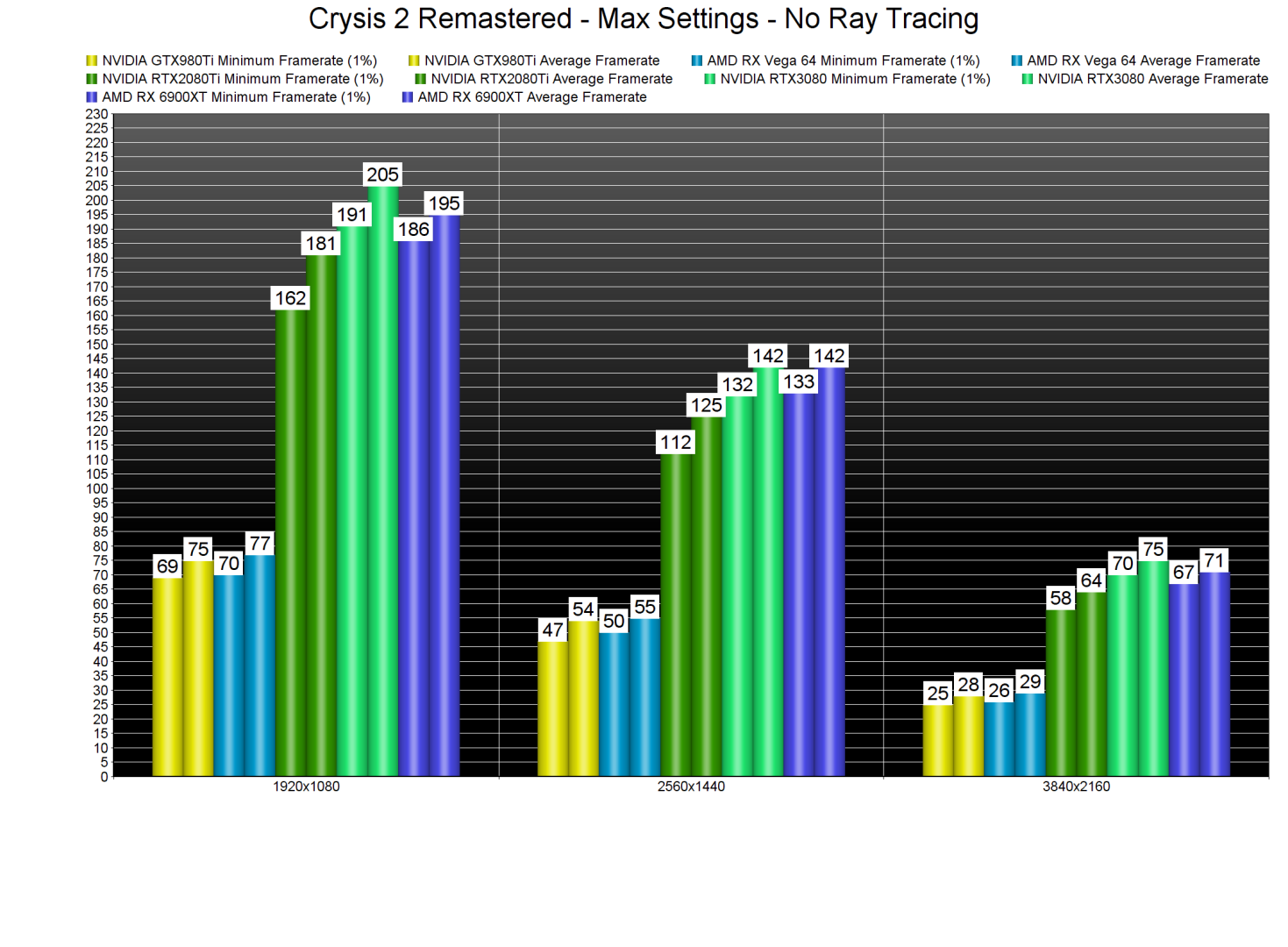 Now the good news for RTX2080Ti – and basically all RTX – owners is that the game supports DLSS. As such, you can further increase your performance by using DLSS Quality Mode. For instance, our RTX3080 was able to run the game with more than 90fps at 4K/Max Settings. Not only that, but the game looks amazing with DLSS Quality. We did notice very minor additional specular aliasing with DLSS, however, some other surfaces are also more anti-aliased. Contrary to Alan Wake Remastered, DLSS Quality does not blur the image in Crysis 2 Remastered, and we highly recommend using it. 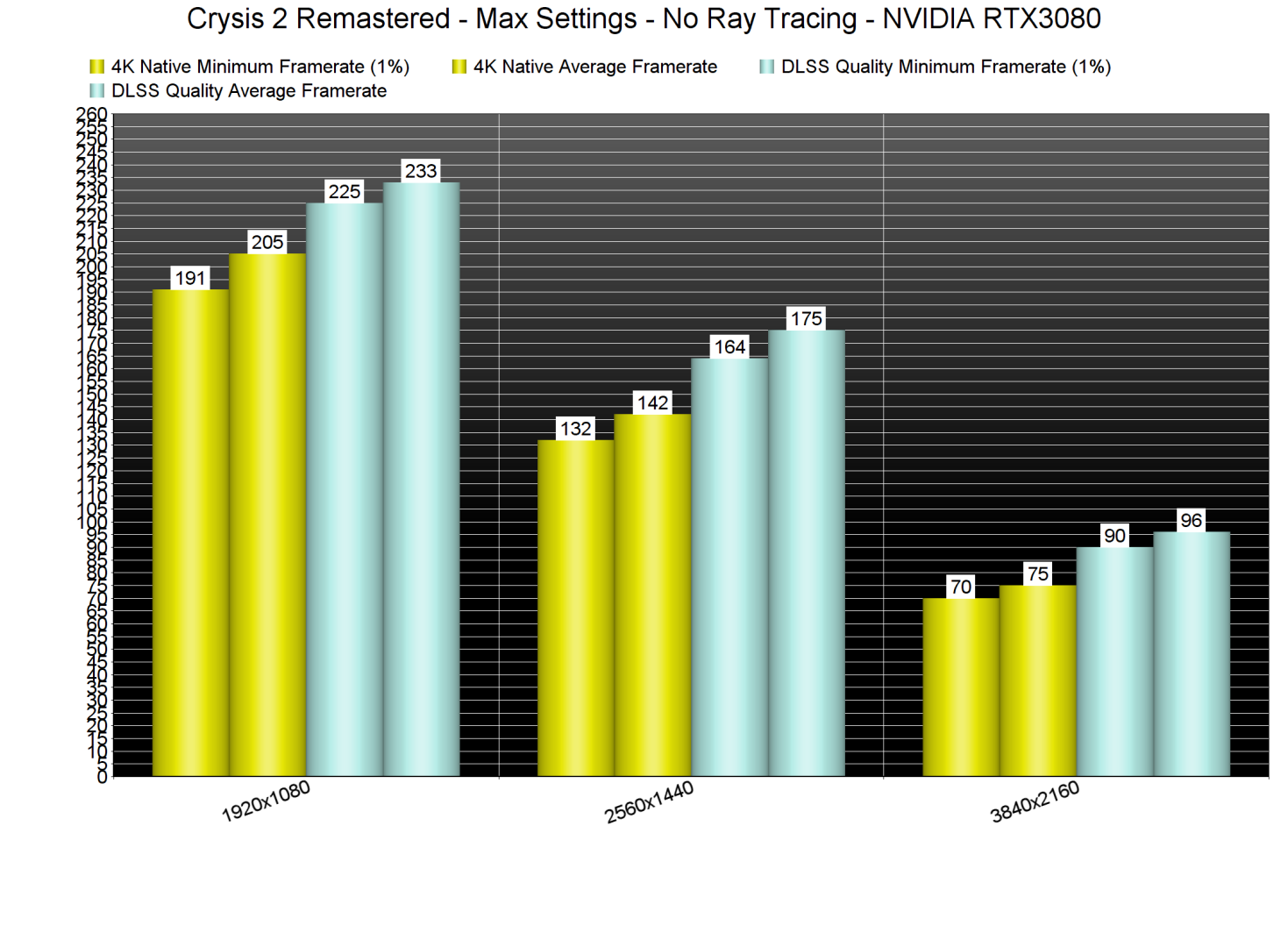 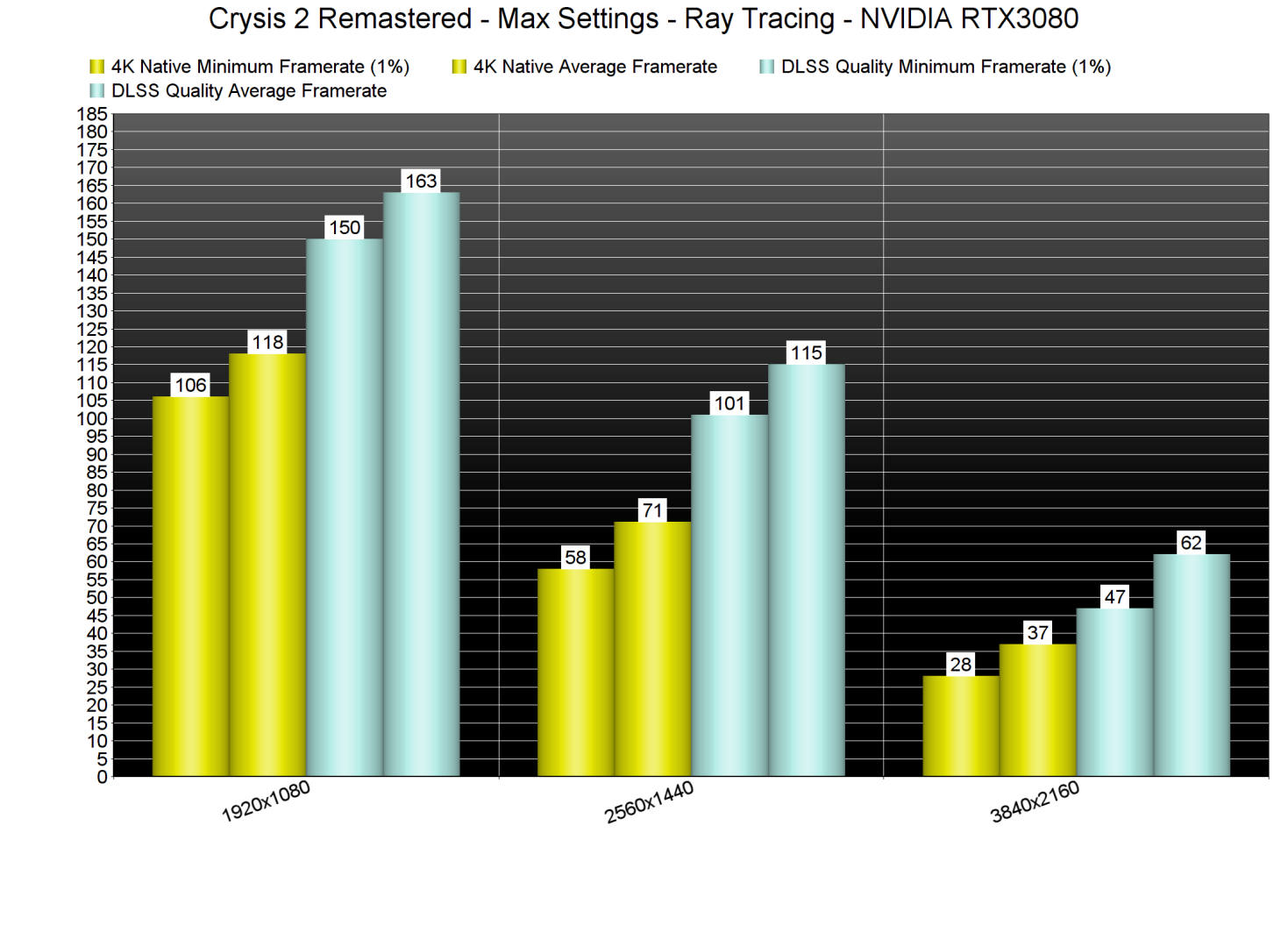 Below you can find some comparison screenshots (Ray Tracing was enabled). Native 4K is on the left, whereas DLSS Quality is on the right.

Before continuing, we should mention two major tech issues that plague Crysis 2 Remastered. There is currently a performance degradation issue that occurs after changing the game’s graphics settings. Below you can find two screenshots that showcase this issue. On the left, we have a screenshot (after multiple changes to the game’s graphics settings) and on the right a screenshot right after restarting the game. Moreover, the game suffers from stuttering issues when loading new areas.

AMD’s most powerful GPU, the RX 6900XT, is only able to run the game with constant 60fps at 1080p/Max Settings with Ray Tracing. On the other hand, the RTX3080 can provide a smooth gaming experience even at 1440p. Moreover, and thanks to DLSS, the RTX3080 can provide even better framerates. Not only that, but it can come close to a 60fps experience in 4K/Max Settings/Ray Tracing. By dropping the quality of Ray Tracing to High, we were able to get a 60fps experience on the RTX3080. And, in my opinion, that’s the best way to play C2R on an RTX3080. 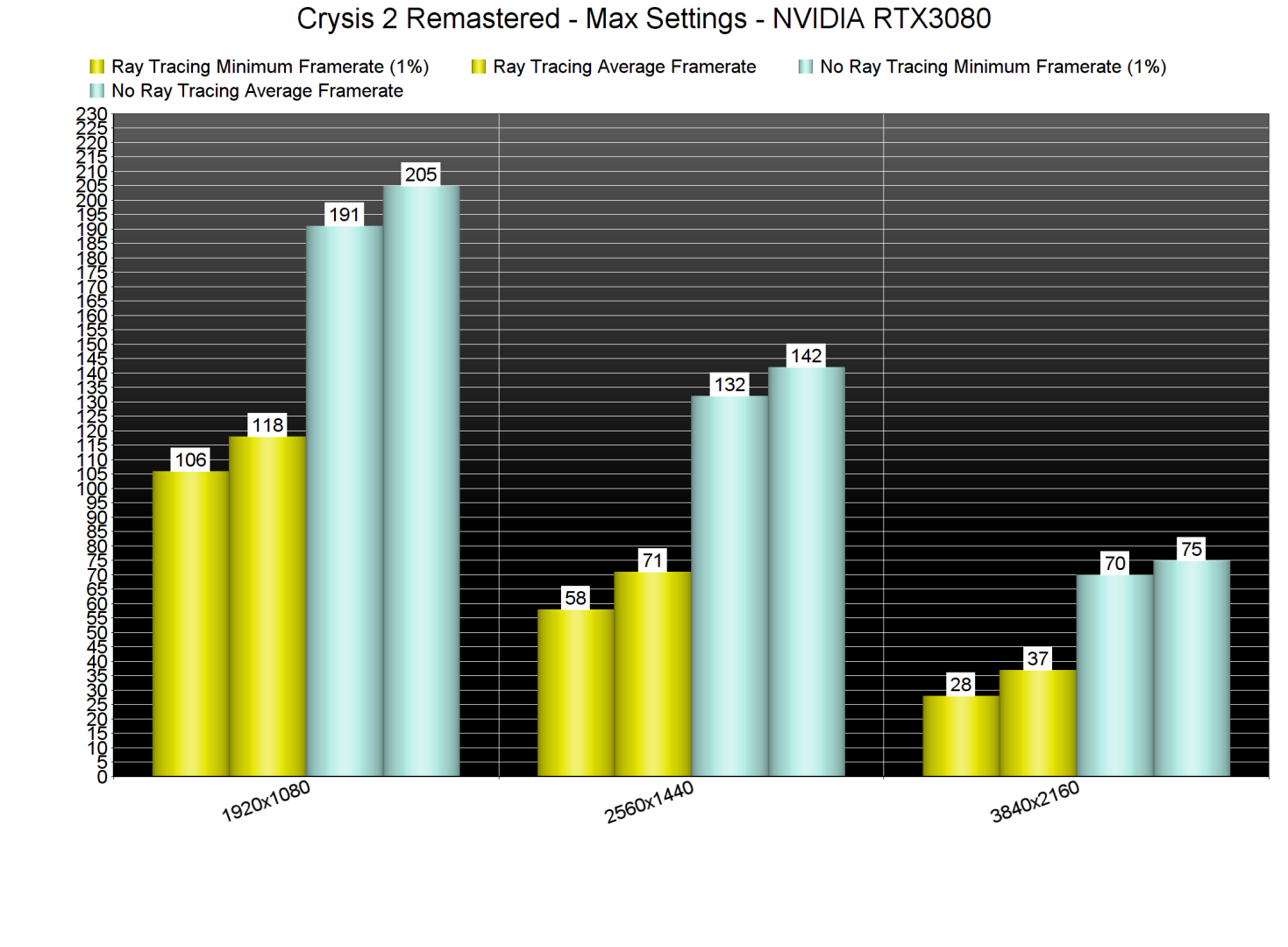 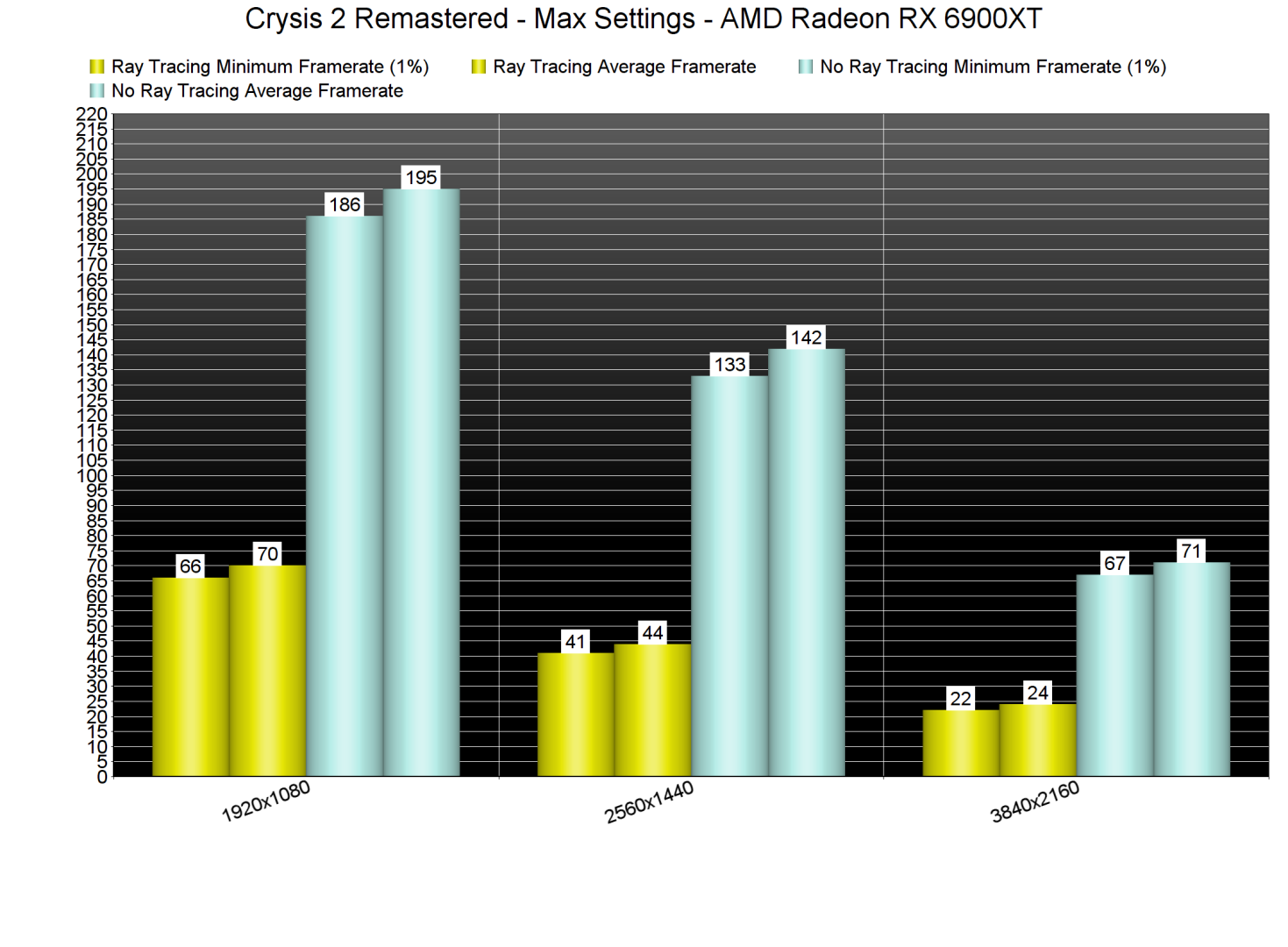 Graphics-wise, Crysis 2 Remastered looks better than its original PC version. Crytek and Saber have used SVOGI in order to enhance the game’s visuals. As a result of that, the game’s environments look more realistic, with better ambient occlusion and lighting. The only downside is that the game loses its original “JJ Abrams” artistic style. However, I was never a fan of it so this change did not really bother me. Still, this is something you should keep in mind. You can also find more details about the game’s PC tech improvements here.

All in all, Crysis 2 Remastered does not appear to require a high-end CPU. On the other hand, the game requires a mid-tier GPU for gaming at 1080p/Max Settings. And while it looks better than the original game, it has noticeably higher GPU requirements. Not only that, but the game favours NVIDIA’s hardware (so this is bad news for AMD owners). The game’s Ray Tracing effects are not THAT great, and we suggest disabling them on AMD’s hardware. On the other hand, NVIDIA RTX owners can enable them alongside DLSS (in order to mitigate the performance hit these ray-traced reflections bring). And, as we’ve already said, DLSS works great in this game.