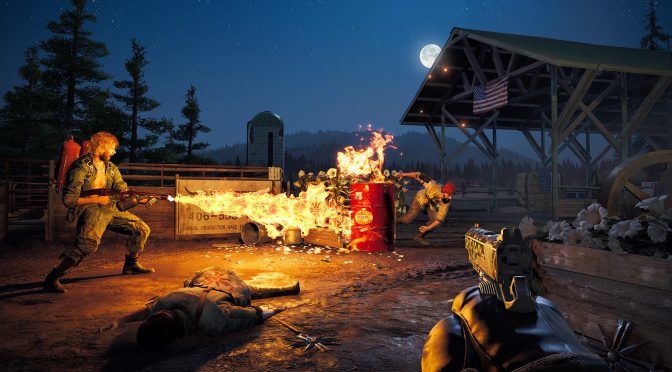 Ubisoft has released a new trailer for Far Cry 5 in which Dan Hay and Philippe Fournier answer some fan questions. In addition, this trailer features some new gameplay footage from this upcoming open-world title.

In Far Cry 5, players will meet a respectable amount of characters. And while Dan Hay could not provide a specific number, he did say that players will at least meet 65 characters (whereas in previous Far Cry games they could meet 18-20 characters).

As with all previous Far Cry games, Far Cry 5 will feature a lot of animals. One really vicious animal that Philippe Fournier mentioned was the wolverine.

Far Cry 5 will support co-op and will offer complete freedom to players in order to approach the goals the way they want to.

The game is coming out on March 27th.