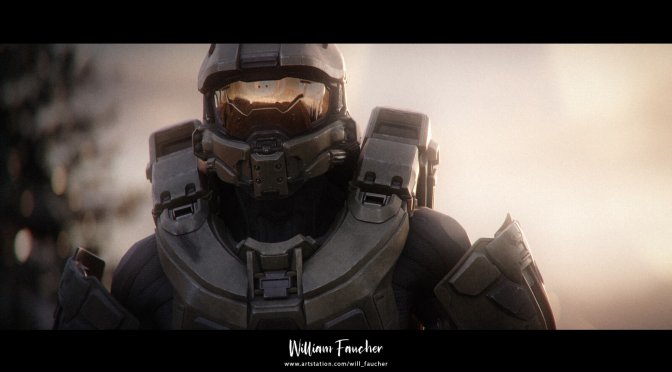 William Faucher, Realtime TD and Unreal Artist at Qvisten Animation, has created the following Halo cinematic video in Unreal Engine 4. And, surprisingly enough, this cinematic uses some tricks that make it look as look, or even better, than Halo: Infinite.

This cinematic was rendered in Unreal Engine 4 on an NVIDIA
RTX 2060 Super. Unfortunately, though, it is not available to the public for download.

The video shows Master Chief in all of his glory. The lighting also looks amazing, and there are a lot of high-resolution textures on Chief’s armor suit. William Faucher also used a really aggressive Depth of Field filter in order to “hide” the environment. As such, the video gives the impression of featuring a large environment area. Sadly, there isn’t any clear shot of the environment, so this is mostly “smoke and mirrors“. Still, its art direction is great.