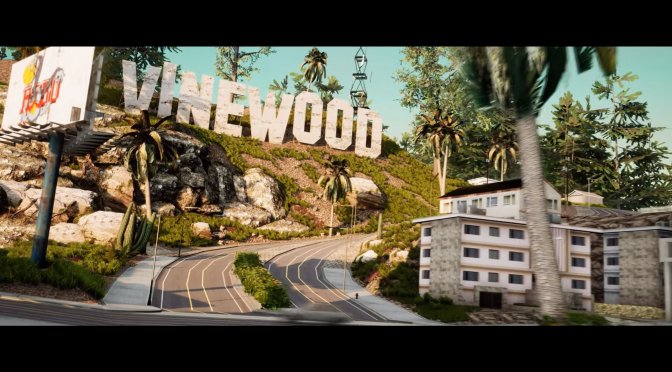 Earlier this month, we shared a video from a fan remake of Grand Theft Auto: San Andreas in Unreal Engine 4. At first, some of our readers were not impressed by this remake. However, the following comparison video really proves our claim that this is an impressive remake.

Now before continuing, it’s worth noting that Take Two has taken down the original video. As we noted in our original article, ArcadiaSquad created this project for machinima purposes. In other words, this isn’t a fully functional remake of the original game. The team also never had plans to release this map to the public. So yeah, that was a really anti-consumer move from Take Two. I get it, the publisher has every right to protect its product. However, the team never planned to release this project to the public.

But anyway, GRIZZLY BEAR has shared the following comparison video. As you may have guessed, this video compares the original version of GTA: San Andreas with its unofficial UE4 remake. This comparison is excellent, and we highly recommend watching it. Truth be told, the title of the video is as clickbait as it can get. No, this isn’t a PS5 Remake and Rockstar does not plan to release anything like that on PS5. Still, this is the only comparison video we could find. We also believe that it will make you better appreciate what ArcadiaSquad has achieved in Unreal Engine 4.