Deus Ex fans, here is something special for you today. A team of indie developers are currently working on a Deus Ex Remake in Unreal Engine 4, and they have released a demo for it. Yeap, you read that right; you can download a demo of this fan remake right now.

This fan Deus Ex Remake supports both advanced physics and ray tracing effects. From what we can see, the demo features the training mission from the original game. And, to be honest, this is exactly how a modern-day “faithful” remake of Deus Ex would look like.

Now I don’t know whether Square Enix will take it down. Since this is a possibility, we strongly suggest downloading the demo while you still can.

Here are also some additional details about this project.

“We are not just remastering the game, but building almost everything from scratch in the most powerful engine on Earth. Our goal is to create a game that looks as beautiful as Mankind Divided, but feels as dark and gritty as the original Deus Ex. This will make the game more accessible to people who would not otherwise ever play the original game due to compatibility issues or graphical limitations.”

The team claims that this project should be legit as it’s a mod requiring the original game. Let’s not forget that the original Deus Ex game was using the first iteration of Unreal Engine. Thus, the team may very well avoid receiving a C&D letter.

You can download the Deus Ex Remake Demo in Unreal Engine 4 from here.

Speaking of Deus Ex, I also suggest checking out this DirectX 11 Renderer for the original game. You can also find two HD Texture Packs here and here.

Lastly, the team has released the following development screenshots, as well as a gameplay video. Do note that the framerate in the video is choppy due to a recording issue, and does not represent the performance of the demo. 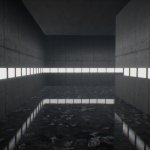 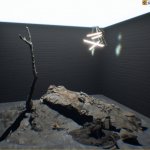 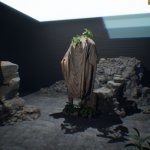 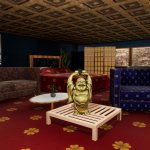 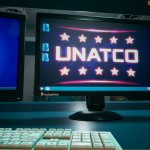