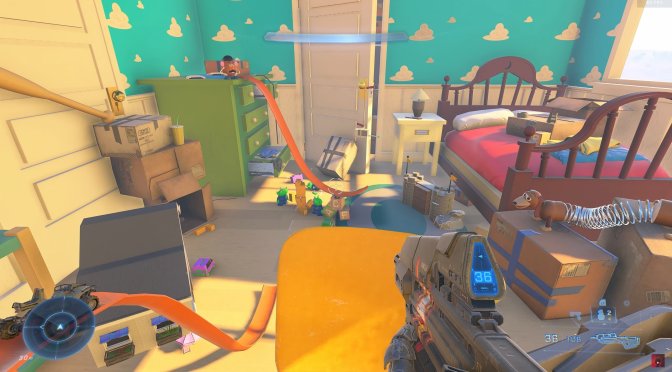 The mapper was able to really capture the look of Toy Story, and used a lot of toys that were present in the movies. Seriously, it looks like an official Toy Story map for Halo Infinite.

Red Nomster has created this map for Big Team Battle or Capture The Flag, or 5v5 (or generally every other fun MP game mode). The map has two bases, the red base and the blue base, and features numerous destructible objects.

As I said and before, this is one of the main reasons why Forge should have been available at launch. It’s really insane what mappers and modders can create.

I made Toy Story in Halo Infinite.