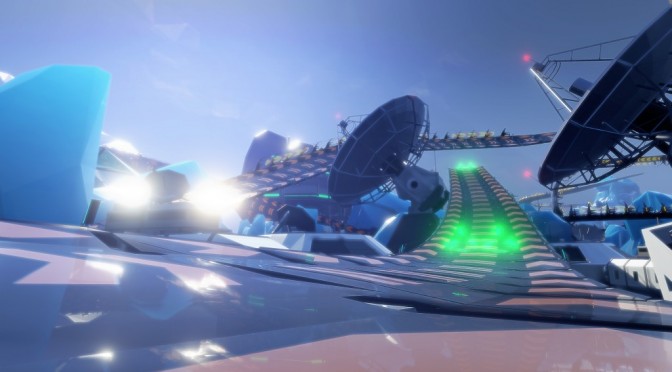 34BigThings has released a reworked version of its announcement trailer for Redout, showing the progress the team has made in the last 4 months and the current state of the project. Redout is a tribute to the old racing monsters such as F-Zero, WipeOut, Rollcage, and POD, and is currently planned for a 2015 release on the PC. Enjoy!