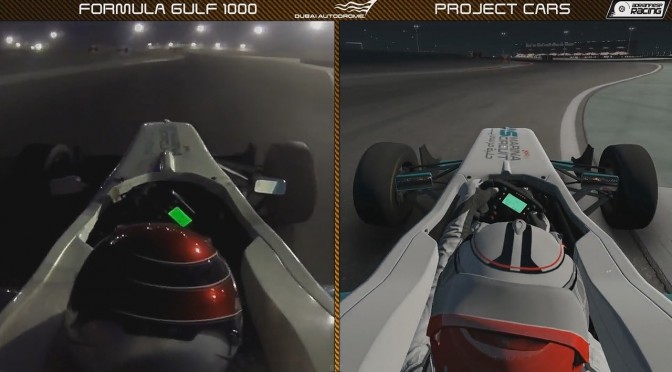 YouTube’s “ADRIANF1esp” has shared with us a new night comparison video between a real race and Project CARS. This time, ADRIANF1esp showcased a Formula Gulf 1000 at Dubai. Contrary to the previous comparisons, this one shows the big gap between reality and the latest racing games. As we can see, Project CARS’ Global Illumination effects, reflections, and its whole lighting system is still not close enough to the real deal (no matter how impressive it currently looks like). Enjoy!