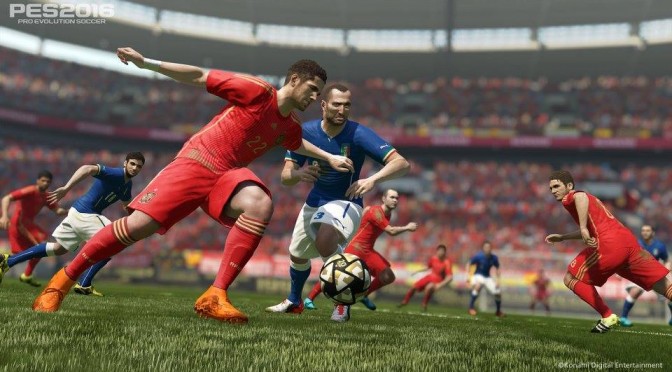 Pro Evolution Soccer 2016 will be released in a couple of hours on Steam, alongside its PC demo. Now we are certain that a lot of you are still wondering what’s the deal with the PC version. Is it a hybrid like last year or not? Well, YouTube’s ‘Candyland’ released the following video, showing the graphical differences between the PC and the PS4 versions of PES 2016 (and yes, from the looks of it’s a hybrid). Enjoy!