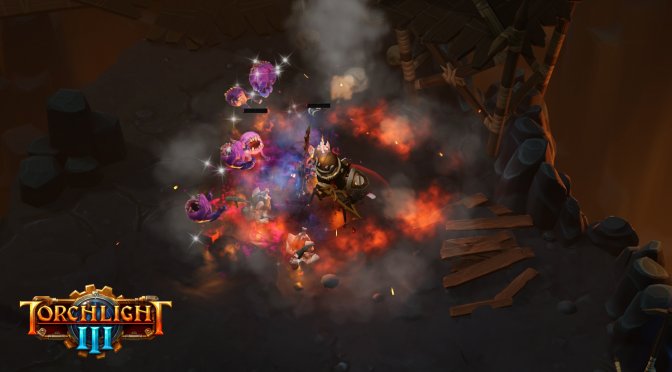 Perfect World Entertainment has released a brand new in-game trailer for its latest action hack n slash RPG, Torchlight 3. This new trailer showcases Echonok which is the third and final area in the game.

Torchlight 3 is a fast-paced dungeon crawler brings ARPG fans back to the Torchlight universe. The game will feature a vibrant world filled with hordes of creatures waiting at every turn.

Torchlight 3 features both offline and online modes. Rather than focusing on horizontal progression, the game shifts back to the familiar linear world structure that was introduced with Torchlight I & II.

Additionally, the game features the same mechanics that set the original series apart from other ARPGs on the market. After selecting from Torchlight III’s unique character classes, players will choose a pet to accompany them on their new adventure. These pets are: a fluffy alpaca, a swift owl or a loyal canine retriever. From there, they will explore forests filled with dangerous creatures and participate in thematic quests to earn powerful rewards.

Enjoy this latest in-engine trailer, courtesy of IGN, and stay tuned for more!