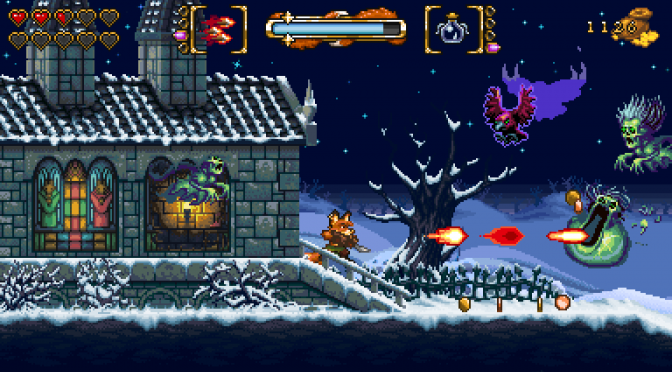 The game aims to combine retro charm with modern game design while offering glorious 16-Bit graphics and a chiptune soundtrack, and targets a Spring 2018 release.