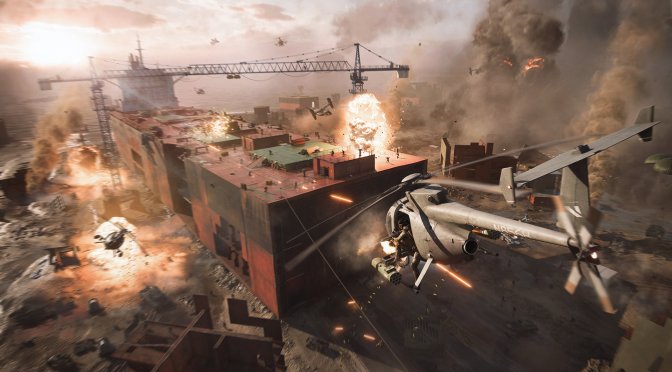 Battlefield Portal is an all-new, community-driven platform. Thanks to this platform, players will be able to change the rules of war by creating, sharing and discovering unexpected battles from Battlefield’s iconic past, present, and future.

Battlefield Portal lets you replay the reimagined classics, Battlefield 1942, Battlefield: Bad Company 2, and Battlefield 3. Additionally, it will let players deploy on these timeless maps with the modern arsenal and content of Battlefield 2042.

Battlefield 2042 will release on November 19th. The PC version will support NVIDIA’s DLSS and Reflex, as well as Ray Tracing Ambient Occlusion.