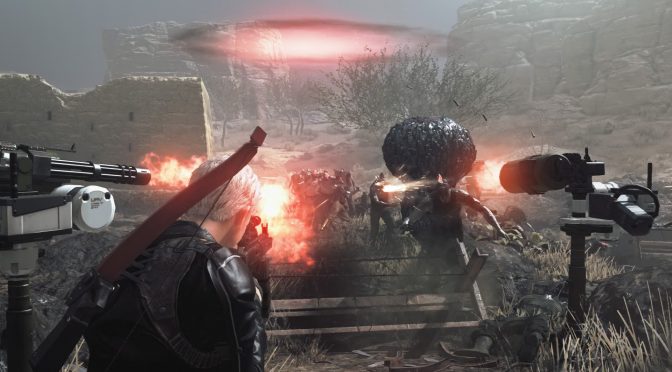 Metal Gear Survive picks up from the final stages of METAL GEAR SOLID V: GROUND ZEROES. Players are pulled through a wormhole and find themselves in a dangerous world filled with biological threats and hostile environments where they must survive and find their way home. Not only will they fight off deadly creatures, but also explore and forage the environment for food, water and other resources to stay alive.