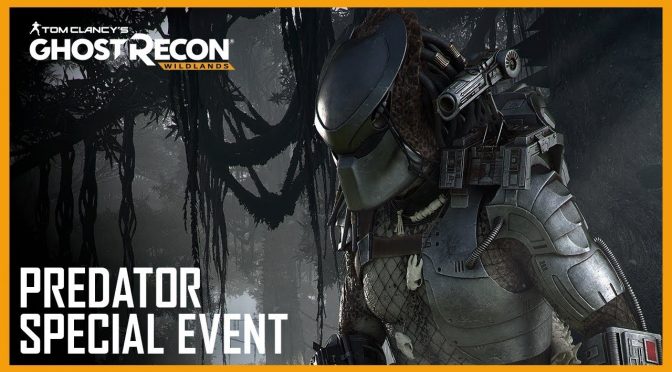 For years we’ve been asking for a Predator game and tomorrow we will finally get a glimpse at what such a game could look like on a modern-day engine. Ubisoft has just announced that it will launch, on December 14th, a free Predator special event.

According to Ubisoft, this mission is built to recreate some of the tension felt by Dutch and his crew in the original Predator movie. Players will first discover hints about the Predator’s presence before actually getting to meet and fight him.

The Predator can run around, jump in the trees, taunt the Ghosts, and activate his cloaking device. He can also use his Plasma Caster or his Smart Disc, depending on the situation.

In order to celebrate this announcement, Ubisoft released a new trailer dedicated to the Predator special event that can be viewed below.