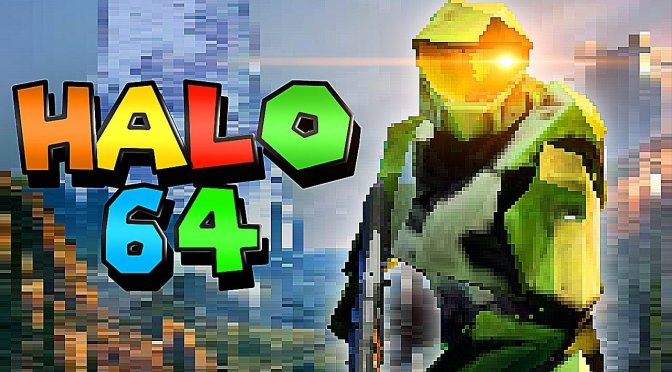 Now here is something really cool. YouTube’s ‘Hoolopee’ has shared a video, showcasing what a Nintendo 64 version of Halo Infinite could have looked like. This video basically mixes the gameplay elements of Halo Infinite with Super Mario 64, and looks actually retro-cool.

I also find that painting with Craig a really nice touch, especially after the controversy surrounding Halo Infinite’s debut gameplay video. And before anyone says it, no; this doesn’t look better than the official gameplay video.

Halo Infinite is coming to the PC in Holiday 2020. Sperasoft, the developer behind Saints Row The Third Remastered, is currently helping 343 Industries with its development. Furthermore, its multiplayer will be free to play.